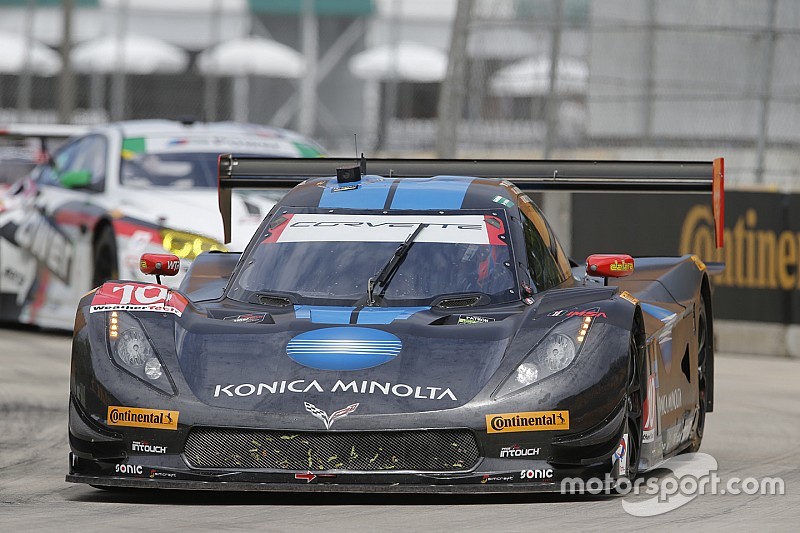 Detroit – Since its debut in 2012, the Corvette Daytona Prototype has found success at some of North America’s premier tracks. Among them is Watkins Glen International, site of this weekend’s Sahlen’s Six Hours of The Glen. It’s an event that the Corvette DP has won each of the last four years with double-podium finishes each season.

Four Corvette Daytona Prototypes are on the entry list for Sunday’s sixth Prototype race in the IMSA WeatherTech SportsCar Championship and third of four events in the Tequila Patrón North American Endurance Cup. The latter is a series of IMSA’s endurance races and also includes the Rolex 24 At Daytona, Mobil 1 Twelve Hours of Sebring and Petit Le Mans.

Another victory at Watkins Glen International, which has been freshly repaved ahead of this weekend’s event, would add to Chevrolet’s lead in the Prototype Engine Manufacturer Championship. It’s a title the Bowtie Brand has won four straight years.

Visit Florida Racing has been the most dominant team in recent seasons at The Glen with back-to-back victories in 2014 and 2015 with its No. 90 VisitFlorida.com Corvette DP. Marc Goossens and Ryan Dalziel have two podium finishes this season, and Goossens is third in Driver points.

Two Corvette DP driver pairings share the Driver’s Championship lead through five races this season. Wayne Taylor Racing’s No. 10 Konica Minolta Corvette DP of Jordan Taylor and Ricky Taylor have two victories this season (Long Beach and Detroit). They will drive at Watkins Glen with Max Angelelli, with whom the Taylors placed second at Daytona to start the season.

Two-time and defending Prototype champions Joao Barbosa and Christian Fittipaldi in Action Express Racing’s No. 5 Mustang Sampling Corvette DP are tied with the Taylors for the Prototype points lead. They won at The Glen in 2013 and have two runner-up finishes this season.

The North American Endurance Cup standings, Barbosa and Fittipaldi are tied for first in Prototype Driver’s points with Curran and Cameron in third. Chevrolet is second in the Manufacturer standings and is one point out of first.

The Corvette DP bodywork reflects the Corvette C7 production lineup. At the heart of the Corvette Daytona Prototype is a purpose-built 5.5-liter Chevrolet LS9 V-8 engine developed by ECR Engines.

The Sahlen’s Six Hours of The Glen is scheduled for 10:10 a.m. ET on Sunday, July 3. It will air live on FOX Sports 1 starting at 10 a.m. ET 1 with audio coverage from IMSA Radio is available on IMSA.com.

Christian Fittipaldi, Action Express Racing No. 5 Mustang Sampling Corvette DP: “As drivers we focus on winning the race, but we were able to get (Tequila Patron North American Endurance Cup) segment wins at Daytona and Sebring because we led a good portion of both races. When your focus is on winning the race and you make smart choices out on the track, the points and the championships fall into place.”

Ricky Taylor, Wayne Taylor Racing No. 10 Konica Minolta Corvette DP: “It is quite amazing that we are right in the championship fight after a few bad results, but it is such a competitive year that anything can happen. The one main positive is that we have shown speed everywhere we have gone and that gives us great positivity for the second half. The new surface at The Glen has made the best track in America even better. What was already a fast and flowing track has become even faster. It is incredibly smooth and the grip level is very high, which will put a definite strain on the driver with the additional g forces. I think that the new pavement will also provide better racing because, without the concrete patches which were slippery, we can now run multiple lines through certain corners which should open up more opportunities. There will be more side by side racing, more passing, and faster lap times than before.

Dane Cameron, Action Express Racing No. 31 Whelen Engineering/Team Fox Corvette DP: “Watkins Glen is somewhere that every driver looks forward to each year. It’s a lot of fun for the fans and it sure is extra special now with the new repave. We had a great test there. I’d like to commend Watkins Glen on the job they did repaving the track - it’s phenomenal. They did a great job. We’re definitely looking forward to it and looking to get back into the championship chase after losing some points in Detroit. Watkins Glen will be a chance for us to rebound and close the points gap.”

Marc Goossens, Visit Florida Racing No. 90 Visitflorida.Com Corvette DP: “Through the start of the IMSA WeatherTech SportsCar season in each of our races and in the testing that we’ve done, we continue to learn more about our Corvette DP that translates into the different tracks we visit. We actually tested at the Glen, and hopefully we can take a lot out of what we learned and apply it for the race. The Visit Florida Racing team as a group does a great job and never gives up. It would be nice for the team to have three in a row at the Glen, but since I won there last year too, I am surely looking forward to the double as well!”

Jim Lutz, Corvette Daytona Prototype Program Manager: “Watkins Glen has been a great venue for our Corvette Daytona Prototypes. Our record of four consecutive wins in the Sahlen’s Six Hours is down to good reliability on the chassis and engine side plus our group of partner teams. The new surface at The Glen will create a new challenge as it puts a new level of load on the equipment and Continental tires. A weekend at The Glen is always important and it’s even more now that Chevrolet has taken the lead in the Engine Manufacturer Championship. We hope this stretch of upcoming races allows us to extend that margin.”

Keating and Bleekemolen racing for second-straight win Sunday in No. 33 Viper GT3-R