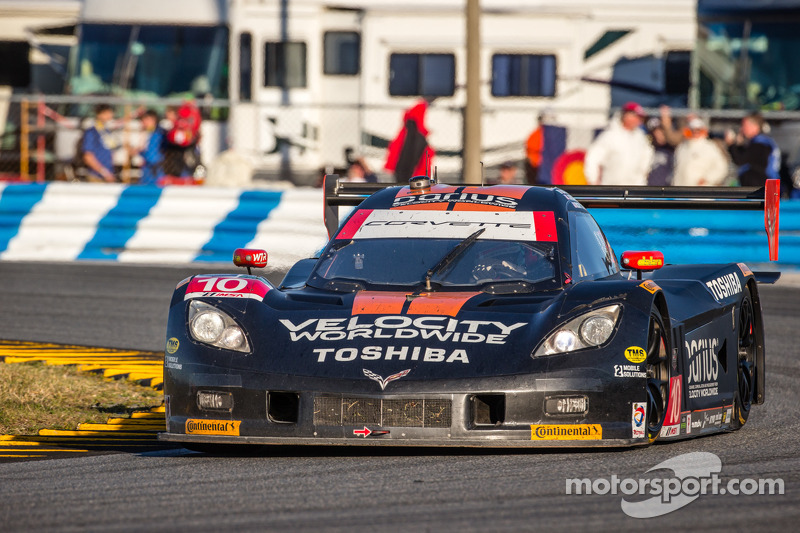 The action continues as morning breaks.

Corvette DPs held down the top-three positions with less than six hours remaining in the 52nd Rolex 24 at Daytona. The No. 10 Wayne Taylor Racing entry was leading in the morning hours, followed by both Action Express Corvettes, the No. 9 and No. 5 repectively. All three of these cars were on the same lap and had been swapping the lead back and forth during the overnight and early-morning hours. 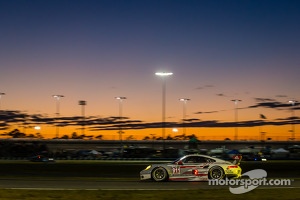 “I’m happy where we are the moment,” commented Wayne Taylor, the team owner of the second-place car. Taylor has returned to driving this weekend, teaming with his sons Ricky and Jordan as well as Max Angelelli.

The Nissan Oreca of Pickett Racing lay one lap down in fourth. The No. 02 Ganassi Ford Riley and the Spirit of Daytona Corvette were on that same lap, lying fifth and sixth, respectively. The No. 02 car had also held the lead several times during the evening and overnight hours.

The second Ganassi car was many laps down after sustaining some crash damage around midnight. The legacy P2 class from the ALMS were also well behind the leaders, suffering from a variety of issues.

Patrick Pilet was leading the GT Le Mans class and sitting in seventh overall in the factory Porsche 911 RSR. The No. 4 Corvette C7.R sat in second, followed by the No. 56 BMW Z4 GTE entry, which was one lap behind Pilet and the Corvette. The second factory Porsche went behind the wall with engine troubles just after 8 a.m. after running 1-2 with its sister car for a good part of the night. The SRT Vipers, which led on and off during the first few hours of the race, were a number of laps down due to a variety of power steering and crash damage issues.

Eleventh overall and first in Prototype Challenge belonged to CORE autosport. It had a one-lap lead over the second-place No. 7 Starworks Motorsport. 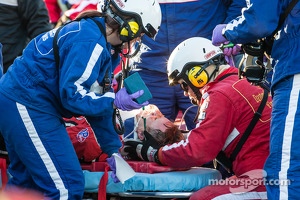 The race was red-flagged during the third hour due to a violent collision between Memo Gidley’s Bob Stallings Racing Corvette DP and the Ferrari of Matteo Malucelli. Both were taken directly to a local hospital and admitted. Gidley has had surgery on his left arm and leg, and has an unstable back fracture, which will also require surgery. Malucelli is still being evaluated.

After 18 hours: BMW Team RLL enters the final stages in Daytona in third and fourth