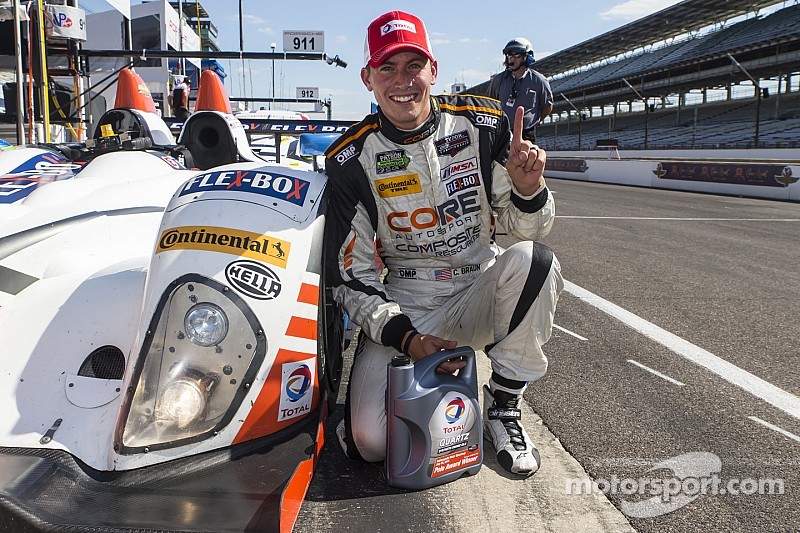 From the drop of the green flag in the 15-minute qualifying session, Braun had the No. 54 ORECA FLM09 at the top of the timing screens, this despite driving the new infield road course for the first time ever only several hours earlier.

Braun’s time continued to improve with each lap of the 2.439-mile, 14-turn circuit. The team knew Braun was capable of a 1:19.6 lap time, which he performed in the second practice session, but slower traffic balked him on his early flyers. At the close of the session, his fast time of 1:19.849 was still 0.22-second clear of the second-place qualifier.

The pole position at Indianapolis is the second PC pole in a row for Braun and third on the season.  In March he won pole at Sebring and most recently in June at Watkins Glen. CORE Autosport went on to win at both of those legendary circuits and would love to add Indianapolis to the list.

Bennett and Braun have their sights set on win number five tomorrow in the Brickyard Grand Prix, scheduled to go green at 5:45 pm ET. The race will be carried live at 5:30 pm ET on FOX Sports 1 in the U.S. and live on IMSA.com in Europe, Asia and Africa.