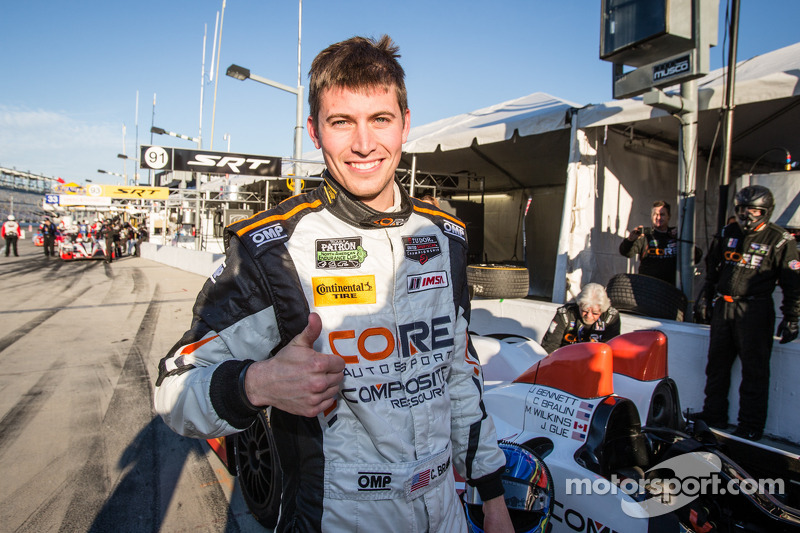 DAYTONA, Fla. (Jan. 23, 2014) – CORE autosport kicked off the 2014 TUDOR United SportsCar Championship by scoring the PC pole position for the Rolex 24 at Daytona. Colin Braun put the No. 54 ORECA FLM09 at the front of the PC grid in the closing minutes of a thrilling qualifying session at Daytona International Speedway. 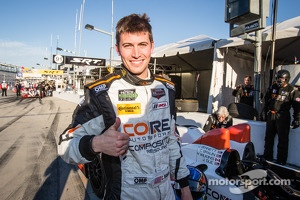 In a 15-minute qualifying session around the 3.56-mile, 12-turn roval, Braun continued to increase his pace as the PC competition attempted to knock him off the top of the timing screens. Braun laid down one last flyer, a 1:41.777 (125.922 mph), to secure his 10th career PC pole in North American Endurance racing. The lap officially sets the PC lap record at Daytona International Speedway. It’s not the first pole position Braun has scored at DIS—in 2009, he qualified on pole for the NASCAR Camping World Truck Series.

Colin Braun
Driver: No. 54 ORECA FLM09
“The car felt really good, but it’s a bit surprising to get the pole, because I feel like we have a better race car than a qualifying car.

“The PC class has always been pretty tough with strong teams and drivers. I think at Daytona, the field is always deeper. That’s what’s cool about coming here and merging everyone together. This is the top level of sports cars in the U.S.

“This is my 10th Rolex 24, but I’ve never been on the pole before. It’s also fun that it’s the first race of the merged series, so I guess I’m the first driver to record a pole in PC!”