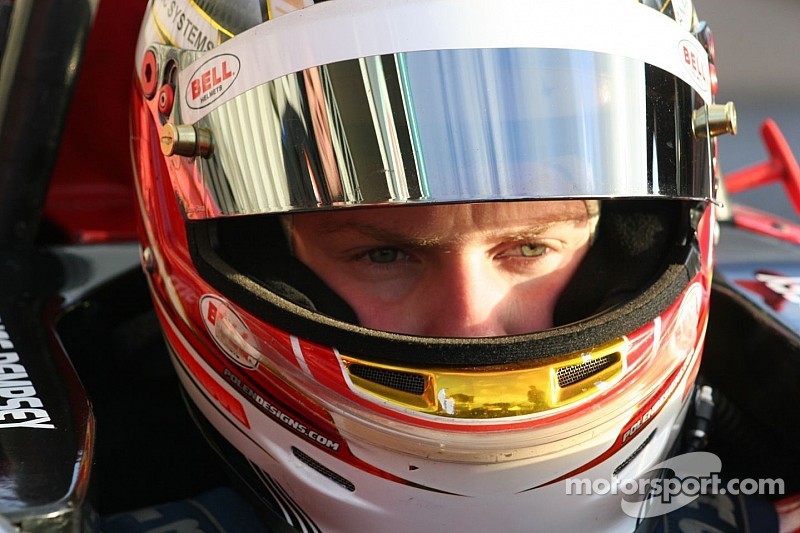 Porsche is continuing its longstanding legacy of recognizing and developing young talent, as five standout North American drivers learned to hone their skills on and off the track during the third annual Young Driver Academy Oct. 19-20 at Barber Motorsports Park near Birmingham, Alabama.

Skeer, from San Diego, made his debut in 2014 in the IMSA Continental Tire SportsCar Challenge and is a multiple race winner in entry-level single-make North American sports car competition. Cindric, from Mooresville, North Carolina, completed his second junior open-wheel championship season in North America and raced in Red Bull Global Rallycross in 2014 after extensive, successful short-track oval and karting experience.

The Young Driver Academy provides promising North American drivers with an opportunity to reap the numerous benefits of a program based on Porsche's European Junior selection process. PMNA and PCNA emphasize evaluation and development of the young drivers during the Academy, with the goal of discovering and nurturing talent in the United States and Canada that can reach maximum potential.

"We are now in our third year of the Porsche Young Driver Academy here in North America," said PMNA president and CEO Jens Walther. "In that time, we have welcomed many of the sports' top young talents to Barber Motorsports Park, and we continue to witness their progress up the ladder of sports car racing. While those invited are part of a small sampling of the remarkable driving talent available in the United States and Canada, we are proud to see the graduates of this program competing worldwide. This is not a competition but an opportunity for these drivers to learn skills that will provide ongoing benefit to their racing career both on and off the racetrack. We have seen the results in the success of the first two years. This year's class promises to have that same level of impact on the future of motorsports."

The first two classes from the Young Driver Academy have continued to advance their careers at a high level of performance, further emphasizing Porsche's commitment to identifying and developing talent in North America.

Class of 2013 members David Ostella and Madison Snow climbed to the IMSA TUDOR United SportsCar Championship in the 2014 season. Ostella drove in the Prototype Challenge class for Performance Tech Motorsports. Snow raced in the GT Daytona class with Snow Racing in a Porsche 911 GT America car.

Fellow 2012 participant Cooper MacNeil won the 2013 American Le Mans Series GTC championship in a Porsche 911 GT3 Cup car, raced in the 2014 24 Hours of Le Mans in a Porsche and finished third in the GT Daytona class championship of the TUDOR United SportsCar Championship driving a Porsche 911 GT America. Another member of the Class of 2012, Kyle Marcelli, competed in a wide variety of elite-level machinery in 2014, including Prototype Challenge and GT Daytona in the TUDOR Championship, and in a Porsche in the Grand Sport class of the Continental Tire SportsCar Challenge.