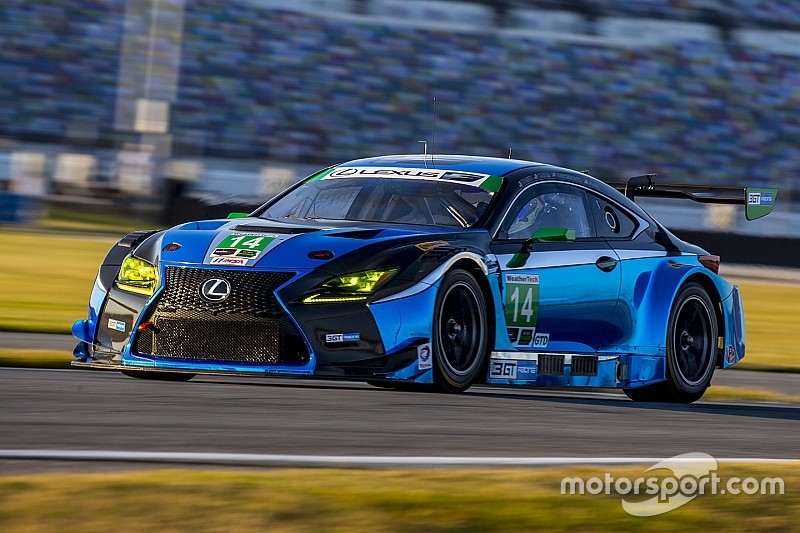 Cindric and Farnbacher will team with full-timers Robert Alon and Jack Hawksworth in the #15 Lexus, while James and Menezes will partner with Sage Karam and Scott Pruett in the #14 Lexus.

Cindric became the youngest race winner in the history of the IMSA Continental Tire Series in 2015 at age 16, and added wins in the NASCAR K&N Pro Series East and ARCA Series this year. He also has podium finishes in IMSA, Global Rallycross and Pirelli World Challenge.

“I did some of the development for this [Lexus RC F] in Japan and Europe,” he said. “The first race we did with that car was in October and we won the VLN9 race on the Nürburgring, Nordschleife.

“The car has huge potential to be competitive in Daytona and for the rest of the season. Right now, we are focused on the Rolex 24, that is our main goal.”

Menezes has previous experience racing with 3GT team owner Paul Gentilozzi, competing in occasional races for RSR Racing from 2013 through ’15. Most recently, Menezes captured a LMP2 class victory in the 24 Hours of Le Mans on his way to the title in LMP2 title in the World Endurance Championship.

James has wins in IMSA, Grand-Am and ALMS on his résumé

All four endurance drivers will join 3GT Racing for the Roar Before the Rolex 24 test at Daytona at Jan. 6 - 8.