Jan Magnussen: This is where the title is won and lost 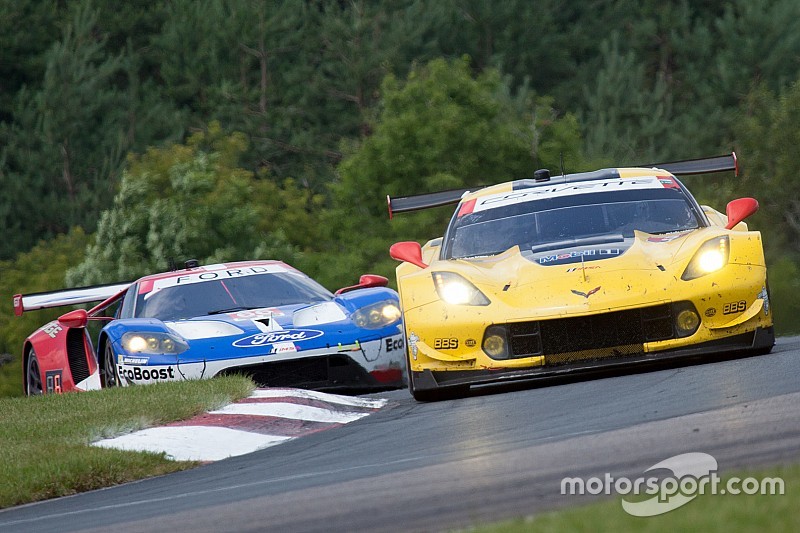 Motorsport.com columnist Jan Magnussen gets set for a frantic period with Corvette Racing, and it’s all to play for against Ford, BMW and Porsche.

We’re really in the thick of the battle at this time of the year in the IMSA WeatherTech SportsCar Championship with four key races over a six-week period.

This is really where championships can be won or lost and it is imperative to maintain momentum during this stretch.

The past couple of races the Corvette hasn’t had the speed of some of our rivals, but brilliant work by the Corvette Racing crew has maintained our spot at the top of the points with a third and fourth place finish in the past two races.

We are a very long way away from being able to cruise our way to the finish, however. Those BMWs were exceptionally strong at Watkins Glen and Canadian Tire Motorsport Park and we’re going to have to continue to up our game to compete.

We do have past form at the next few races which – although it counts for nothing now – does fill us with some confidence.

Corvette Racing took its 100th victory at Lime Rock Park last year with a 1-2 result and Antonio Garcia and I also have recent victories at VIR and Mazda Raceway Laguna Seca.

This week we go from the track with the fastest average lap speed in the series in Canada to Lime Rock, which is the tightest road course on the schedule.

This place is a real “elbows up” bullring where you have to fight very hard. Sometimes some paint gets traded, tempers flare and risks are taken.

Staying patient can be a challenge. You need to be careful because this track is so small, if you make a mistake and have to spend time in the pits you can very quickly go a lap down.

It’s really hard to try to recover from that.

This is one of the two races on the schedule this year where the GTLM cars get to compete for the overall win along with VIR.

Last year Corvette Racing managed to take both of these wins with Oliver (Gavin) and Tommy (Milner) winning Lime Rock and Antonio and I taking VIR.

In the grand scheme of things, it really doesn’t matter because the points are the same, but it is always nice to take that chequered flag.For these races, we can also put our heads down without having to worry about the prototype traffic at all.

That’s not to say there still won’t be traffic, fighting with the GTD cars will be a challenge too because they aren’t that much slower than the GTLM cars and also super-fast in a straight line.

Optimistic over Kevin in Hungary

Kevin has this weekend off before heading to Hungary. The past couple of weeks have been a little frustrating – particularly in Austria where he was really fast in practice, only to have issues in qualifying and the race.

The next race in Hungary – although it really isn’t the type of fast, old school track that we both like – is a place where he has done well in the past.

He scored a point for McLaren here back in 2014 and was really fast and took the win on Sunday in World Series by Renault.

You can actually draw a few parallels between Hungary and Lime Rock – in their respective series – both are the tightest road courses on the schedule.