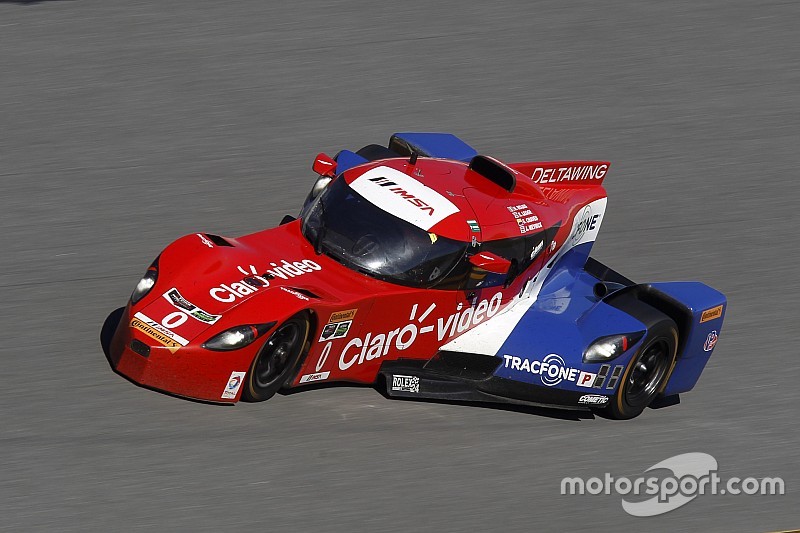 Gabby Chaves returns to Panoz DeltaWing Racing, joining Katherine Legge and Sean Rayhall at the wheel for the Sahlen’s Six Hours of the Glen

“It was pretty clear straightaway that we would need to add a third driver to the lineup as it was so physically demanding that even doing one full stint was going to take a toll on the drivers,” said Keene. “We are pleased to have Gabby back for this event.”

The recent repaving of the track, described by Legge as ‘immaculate’, has resulted in ultra-high grip and increased cornering speeds that are more physically demanding. “Every corner on the track is taken in third or fourth gear, putting a lot of load onto the steering components the extent of which we’ve never seen before,” said Keene. “We do not have the luxury of power assisted steering like all of our competitors so we’ve designed a new steering arm to help with the added load. The front caster has been significantly reduced as well.”

A recent test at Road Atlanta allowed the crew to test the new components and enabled Chaves to re-familiarize himself with the DeltaWing. Keene and team are confident the changes will greatly improve their chances at the six-hour race, and they are thankful Èlan Motorsports Technologies could deliver the needed steering components in such a short period of time.

“The six-hour race at Watkins Glen has always been a favorite of mine as it has so much history,” Keene said. “Our patriotic-themed Panoz DeltaWing, now associated with Hometown Heroes Racing, is the perfect concept for one of America’s most patriotic holiday weekends.”

Gabby Chaves: “I’m really excited and looking forward to joining the team once again. The car has looked extremely competitive with all the development over the last year, and I can’t wait to see what we can do in the Sahlen’s Six Hours of the Glen. I really believe the car, drivers and crew can pull off the win!”

Katherine Legge: “Following the test at Watkins Glen last month, the team put in a lot of hard work and at Road Atlanta we were able to see a noticeable improvement. Having Gabby back with us is fantastic and I believe it will be a very exciting race. We will continue to have Katie in our thoughts and wish her all the best for a speedy recovery.”

Sean Rayhall: “I’m looking forward to returning to The Glen for the Sahlen’s Six Hours. We’ve had a few test days to sort some things out since Mazda Raceway and I feel like they’ve been very productive. I’m excited to drive with Gabby since we grew up racing karts and junior formulas together and believe we have a great team and car set for the race.”