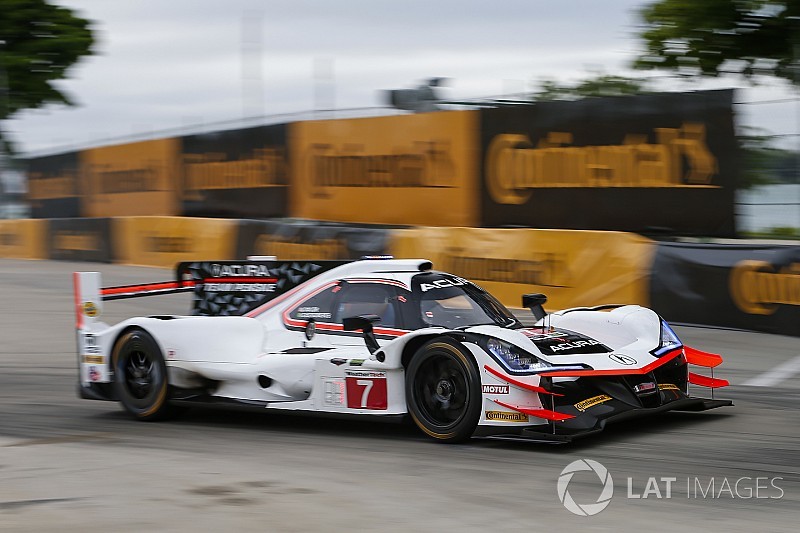 Although Ricky Taylor believes Acura Team Penske will be “strong favorite” for the 2019 IMSA WeatherTech SportsCar Championship title, both he and Helio Castroneves say they can catch Action Express in 2018.

The two AXR Cadillac DPi-V.Rs currently share the championship lead at the halfway point in the championship, but the Acura lineups of Castroneves/Taylor and Juan Pablo Montoya/Dane Cameron lie third and fifth, just 14 and 18 points behind respectively.

Taylor, who last season won the IMSA Prototype title with his brother in their father’s Wayne Taylor Racing Cadillac, told Motorsport.com: “I think next year we’re going to really be a strong favorite for the championship.

“[Action Express] have a year under their belt already, so we’re going to all of these places for the first time. And the weekends are so difficult now and the level is so high that we need to arrive on track ready to go and they’ve got that year of experience behind them.

"So for us it’s a little bit of catch-up, but I think with the pace we’ve shown, I think we should be able to.”

Taylor/Castroneves led Acura Team Penske to its first victory, a 1-2 at Mid-Ohio, and then finished behind their teammates to grab third in Detroit two weeks ago. These latest results have persuaded Castroneves that a championship is still a possibility this season, with five races down and five to go.

The three-time Indy 500 winner stated: “I’m hoping for 2018 to win the championship. I don’t wanna wait until 2019! We are working hard together, and at the end of the day our goal is to push to the limit and we seem to be learning as we progress.

“Every time we go out on track we seem to know the car a little bit more and that’s our goal – to hopefully collect more victories and continue now that we have a good two races, and we catch up in the championship.”

The Brazilian said that Taylor and Cameron, the 2016 IMSA Prototype champion, had played an important role in helping both he and Montoya, but also the team as a whole.

“You feel the respect that both drivers, Dane and Ricky, give to myself and Juan Pablo, but no question, I’m the one asking them about several things!” admitted Castroneves. “I never drove with traction control before, and there are so many more questions that even Acura ask sometimes.

"Those two guys are really being a tremendous help, for the learning curve that Acura’s going through.

“Montoya had experience in Formula 1 which also helped a lot. I’m literally the rookie in all aspects, except as a team player – I know how that works with Team Penske.”

Taylor, by contrast, said he still feels slightly astonished to be in his current position, and that the knowledge exchange has been a two-way street.

“It still feels surreal to me, it doesn’t feel real yet even,” he said. “I’m learning a lot, the whole team is very experienced, they’re bringing people from the IndyCar side, the NASCAR side, their old sportscar programs.

"Juan has tons of experience in F1 and sportscars and Champ Cars and everything, so there’s so many experienced people.

“They lean on me a little bit for my little bits of sportscar knowledge, but I’m asking lots of questions to everybody and it’s a really nice environment to learn. That’s been the big thing: everybody wants to learn and the knowledge is always being shared, which I think is the big reason for their success.”