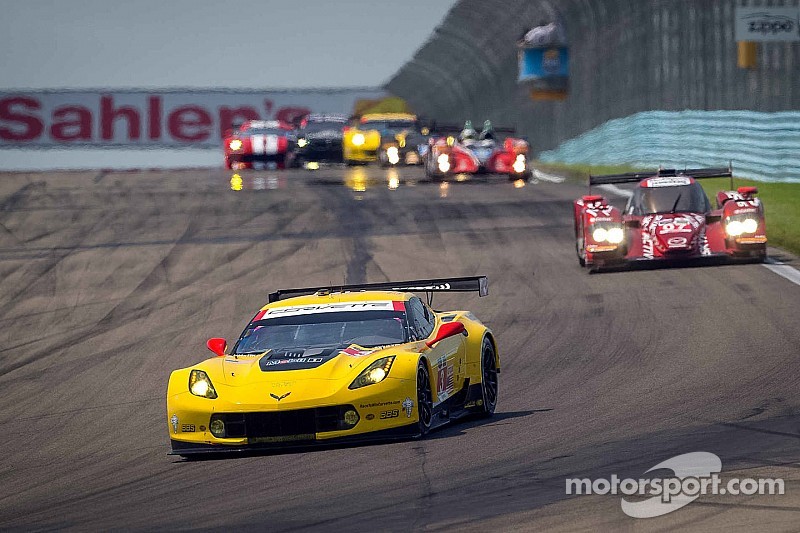 The biggest sports car race weekend of the year revved into high gear as the Mobil 1 SportsCar Grand Prix presented by Hawk Performance got underway.

The Oak Racing duo of Gustavo Yacaman and Olivier Pla set the pace in the TUDOR Championship practice sessions with a fast lap time of 1:09.853 in their Nissan Morgan Prototype. The #3 Chevrolet Corvette C7.R, driven by Jan Magnussen was the fastest in the GTLM Class with a time of 1:15.749.

In Continental Tire SportsCar Challenge qualifying, Robin Liddell and Andrew Davis won the pole in the Grand Sport class and Jeff Mosing and Eric Foss in the Street Tuner class, setting the tone for Saturday and Sunday’s races.

In the first race of the weekend, Sloan Urry was victorious in the first leg of the IMSA GT3 Cup Challenge doubleheader. Colin Thompson finished second and Christina Nielson third.

Saturday's action begins at 8:00 am with practice sessions in the morning plus races for Lamborghini Super Trofeo, IMSA GT3 Cup Challenge and SCCA Pro Racing Mazda MX-5 Cup. The Continental Tire SportsCar Challenge will hold their 150 minute race to start the afternoon and will be followed with a second MX-5 Cup race as well as Cooper Tires Prototype Lites. The weekend headliner, The TUDOR Championship will hold their qualifying session in three groups beginning at 5:20 pm.

The Mobil 1 SportsCar Grand Prix presented by Hawk Performance will run on Sunday, July 13 at 2:06 pm.