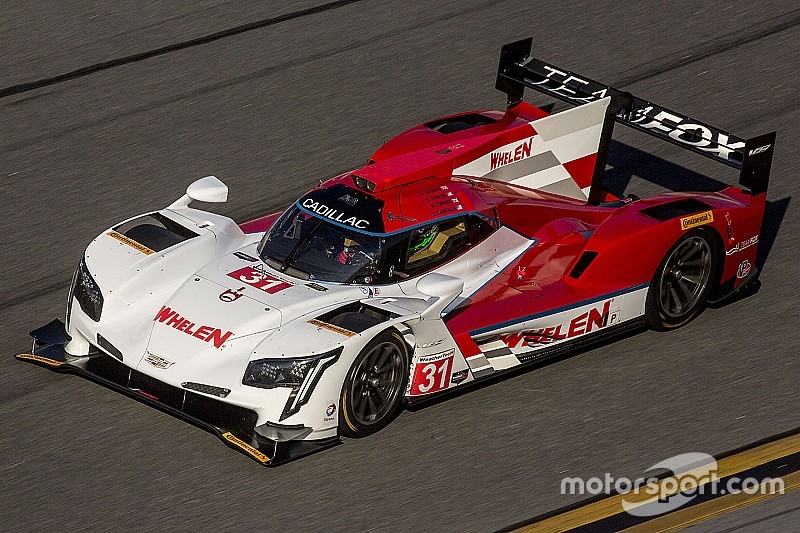 Action Express Racing held onto their spots at the top of the leaderboard as IMSA’s test at Daytona drew to a close, while it was a Chip Ganassi Racing Ford GT that grabbed P1 in the GT Le Mans class.

The #31 Cadillac of defending champions Dane Cameron and Eric Curran retained its preeminence in the 29-car field, with the latter setting fast time of the day – a 1min37.797sec lap of the 3.56-mile road course – in today’s final session.

“This afternoon, we’ve had a good run,” he said afterward. “We’ve had a solid car and it’s fun. I was quickest this afternoon and that feels really good to be in a new car and to feel so comfortable.

“We’ll keep plugging away, but I really love the whole new program. I love the look of the car, the red and white Whelen colors, and it’s just fun to be part of this Cadillac program. It’s going to be a great season.

While the #31 was fastest, its sister car, in the hands of Joao Barbosa, Christian Fittipaldi and Filipe Albuquerque, logged the most laps – 155 – and its fastest time was just 0.35sec slower. Wayne Taylor Racing’s Cadillac was third.

Mazda’s new RT24-P DPi was nearly two seconds slower than the pace-setting Cadillac, but turned 117 laps, and wound up ahead of the Riley Gibson LMP2 car of Visit Florida Racing.