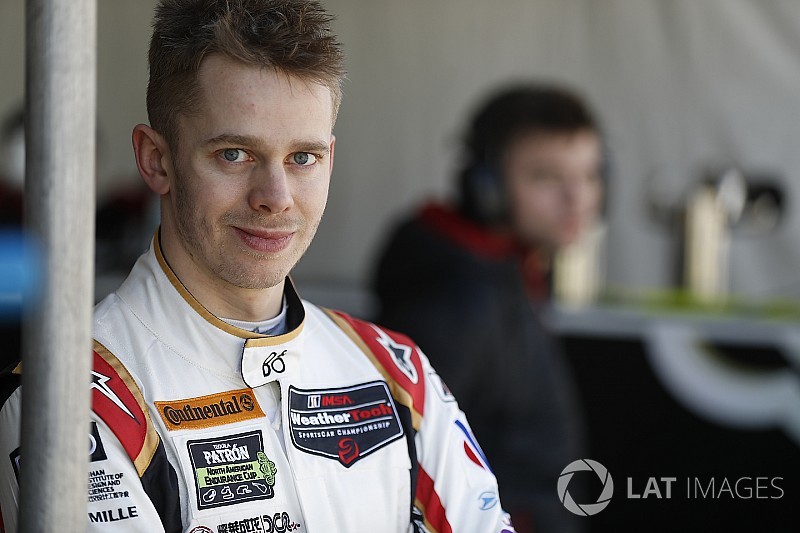 Senna was due to contest the Florida endurance classic alongside Paul di Resta and Phil Hanson in United's Ligier JS P217 following the Anglo-American squad's decision to enter the remainder of the long-distance endurance races on this year's IMSA WeatherTech SportsCar Championship calendar.

However, the Brazilian driver has been forced to pull out of the Sebring race due to illness.

Brundle, who also stood in for Senna during last month's official test, has been drafted in to join di Resta and Hanson in the #32 Ligier this weekend.

“United Autosports are a team I hold in very high regard, so I am looking forward to returning to arguably one of the world’s toughest endurance races with people I know well and trust," said Brundle, who won the European Le Mans Series LMP3 title with United in 2016.

"Sebring is a tough challenge, with a brutal circuit and plenty of traffic but the charm of the place is undeniable. I’m looking forward to going back.”

Team owner Zak Brown added: "It’s great to have Alex back on board – he knows the team and how we work and has settled right back in again.”

The trio, however, finished down in 38th, 90 laps down, after encountering multiple issues including a brake failure.

Senna raced alongside di Resta and team regulars Will Owen and Hugo de Sadeleer in the sister entry, which enjoyed a much smoother run and finished fourth.