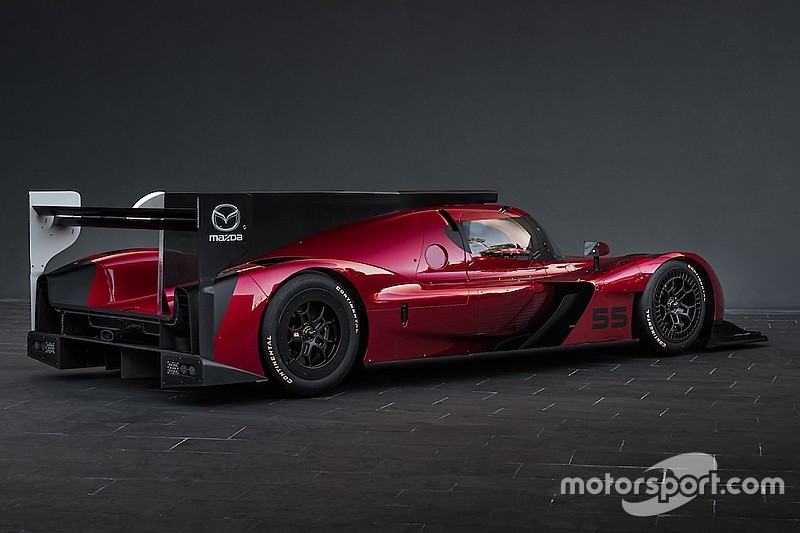 Mazda sportscar ace Jonathan Bomarito says the marque’s new Prototype has been startling in terms of balance and also downforce, which he says requires a lot of commitment.

However, since testing the RT24-P which is built to IMSA’s new-for-2017 DPi regulations, Bomarito has been left encouraged by how well the new car has performed so early in its life.

He told Mazda Motorsports’ website: “Working through the shakedown process and starting to lean on the car harder and harder, I was shocked how well-balanced it was - and we hadn’t even started tuning the chassis. This was very encouraging, and shows how well Riley/Multimatic has designed the car along with Mazda and SpeedSource engineers.

“Compared to the car we raced in 2016, the biggest difference for me has been the amount of downforce the RT-24 P has. You really have to trust the car mid-corner from a grip standpoint, and you have to make the commitment as a driver. A driver needs confidence to be able to push the car hard, and this car makes you want to push harder and harder which is a lot of fun and rewarding.”

“The cockpit is tight but has many safety upgrades,” he said. “The seating position is quite a bit different with my legs much more elevated. Visibility is great and much improved along with the steering wheel and ergonomics of all the switches.”

He added that the new Continental tire compound is proving more suitable to the DPi cars, and has thus overcome one of Mazda’s main struggles in the 2016 season.

“It seems to be a big improvement over last year’s tire. The previous tire was designed for the heavier DP cars and P2 cars like ours struggled building temperature in the tire.

“Now, the tires are up to temperature and ready to be pushed hard right away.”