BMW has announced that it will remain in the IMSA WeatherTech SportsCar Championship next year with a two-car GTD Pro entry, while revealing a first teaser of its new LMDh contender.

The German manufacturer has also extended its relationship with Rahal Letterman Lanigan Racing that began in 2009, with RLL remaining its team of choice for both its foray into the new GTD Pro division and its LMDh programme that will come on stream in 2023.

BMW said it will field two new M4 GT3 cars in the GTD Pro category that replaces the GTLM division after this Saturday’s title-deciding Petit Le Mans round, but stopped short of revealing the driver line-ups for both entries.

The announcement means BMW will have at least one factory programme next year, having departed both DTM and Formula E in successive seasons - although it will continue to maintain a presence in the latter series through the Andretti customer team.

“I’m delighted that our LMDh project has reached its next milestone with the announcement of BMW Team RLL as the team to race in the two prototypes,” said Franciscus van Meel, CEO of BMW M GmbH.

“As with chassis partner Dallara, in team principal Bobby Rahal and his crew we have outstanding expertise and decades of experience at the highest level on our side. The LMDh project continues to gain momentum and I am confident that next year we will once again take all necessary steps as planned to be as well prepared as possible for entering our first IMSA season with the LMDh prototypes in 2023. We are taking on this new challenge together at full speed.”

BMW won the prestigious Rolex 24 at Daytona two years on the trot in 2019 and ‘20, but it scaled back its factory M8 GTE programme to just the four Michelin Endurance Cup races this year.

The RLL-run squad has not won any of the three races it has contested so far this year, but is aiming to send off the M8 in style in this weekend's Petit Le Mans finale with a victory in its farewell appearance. 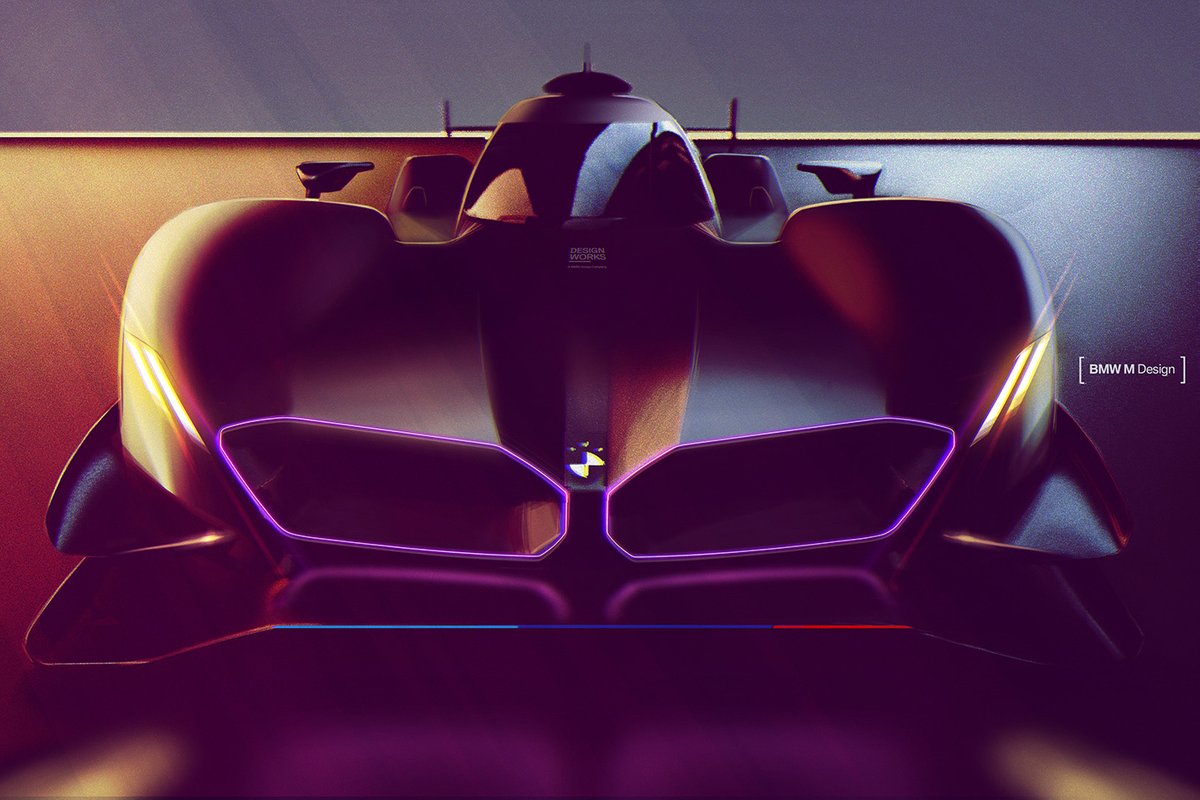 On the eve of the IMSA title decider, BMW also revealed the first sketch of the LMDh car that will mark its return to the top echelon of prototype racing since its Le Mans 24 Hours-winning V12 LMR contender.

BMW, which is collaborating with Dallara for its LMP2-based car that will also be eligible to compete in the FIA World Endurance Championship, said the teaser was produced in collaboration between its motorsport and Designwork divisions.

“Uniting the iconic elements of BMW M Motorsport design DNA with the performant architecture of an ultra-modern prototype is what this project is all about,” BMW Group Designworks Global Automotive Director Michael Scully said.

“The shape of the BMW M LMDh exemplifies the visceral efficiency which is so synonymous with BMW M Motorsport, yet the design process has been highly collaborative between BMW M Motorsport, Dallara, and BMW Group Designworks.

“Iterating the exterior surfaces with this team is particularly rewarding because each project partner has distinguished expertise in their discipline, yet there’s a mutual respect and drive to find a transcendent, cohesive result together.  I’m confident this car will be something we can all be proud of, and that the on-track results will reflect the development team’s great dynamic.

“For me personally this project represents the synthesis of my professional design experience and a life-long immersion in prototype racing at lower echelons as a driver. It’s indeed a dream realized.”