BMW insists it is committed to IMSA's BoP system 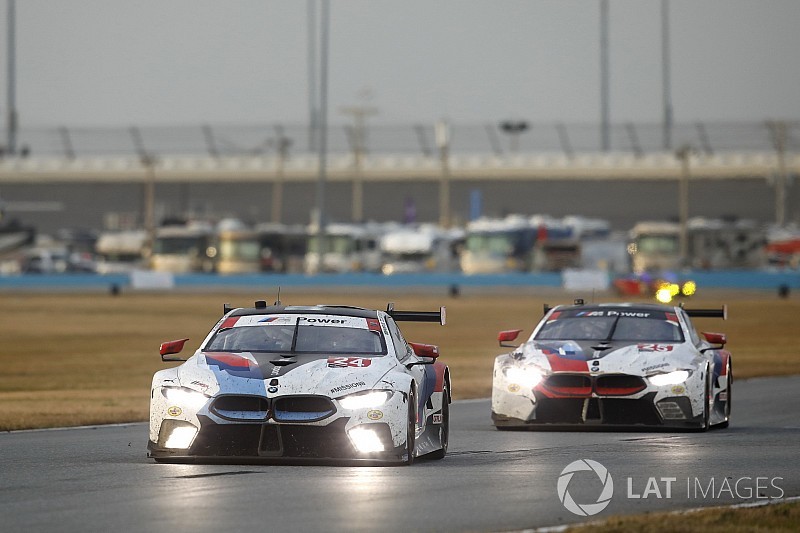 BMW has followed up on its criticism of IMSA's Balance of Performance for this weekend's Rolex 24 at Daytona with a new statement asserting its commitment to the system.

The German manufacturer claimed ahead of the race that that its GT Le Mans class M8 GTE had not been treated fairly by the organiser of the IMSA WeatherTech SportsCar Championship.

The latest statement read: "BMW and IMSA will continue productive and open talks and have agree to find an appropriate BoP assessment for the upcoming events starting with Sebring [the next round of the series in March], allowing the BMW M8 GTE to show is performance.

BMW stated that it had been "working together with IMSA for years in a positive and constructive manner" and stressed that the BoP was an "integral part of global sportscar racing".

BMW Motorsport boss Jens Marquardt said in the pre-race communication that the marque had "not been treated fairly".

"We know we have a car that is capable of running with the leaders and ask for fairness in the BoP assessment," he said.

BMW qualified at the back of the GTLM class, despite two performance breaks ahead of race week.

The pair of Rahal Letterman Lanigan Racing-run M8 GTEs have made little impression in the race, although Alexander Sims briefly ran as high as fourth at the wheel of the #25 car in the opening stages before a front-right puncture for Bill Auberlen put the car in the wall.

The #24 car was the best-place BMW in seventh, eight laps down on the class-leading Fords, as the race entered its final hour.