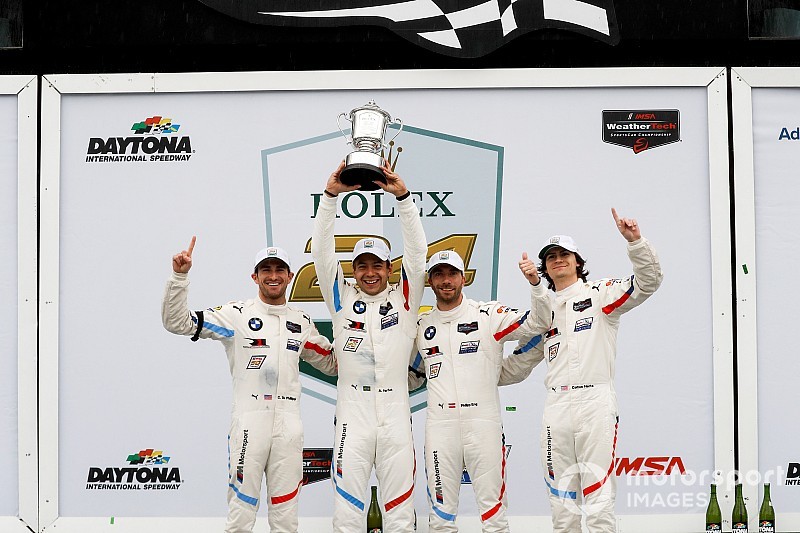 Connor de Phillippi, Colton Herta, Philipp Eng and Augusto Farfus came through to win their class in the Rahal Letterman Lanigan Racing-run #25 BMW M8 GTE at the end of a gruelling race that was stopped twice due to poor weather conditions and ultimately abandoned in the final stages.

It came after news emerged on Friday that Lamm, a much-loved figure in sportscar and touring car racing, had passed away at the age of 63, not long after his retirement as boss of the famous Schnitzer BMW outfit.

Both BMW M8s ran with tributes to Lamm on their rear bodywork during the race.

“We would like to dedicate this success to Charly Lamm,” said BMW motorsport boss Jens Marquardt. “His loss is just as painful today as it was on Thursday, when we received news of his death.

“He would have wanted us to fight to the final lap here. We did that – and won it for him.”

Speaking to NBCSN, RLL team boss Bobby Rahal added: “I’m very lucky [to have these drivers] because everybody did a great job under very trying circumstances.

“We definitely dedicate this to our friend Charly Lamm, who passed away the other day, and everybody hugging there, we all worked over this 24 hours, and all year to get to this point.”

Farfus was instrumental in putting the #25 car into a winning position, as he passed Laurens Vanthoor’s Porsche and then James Calado’s Risi Competizione Ferrari to move into second during the final stages of green flag running.

That became the lead when the #67 Ford GT was forced to pit under caution for fuel, which occurred moments before the second red flag that effectively ended the race.

“It was a difficult race,” reflected Farfus. “A big part of it was dry, then I had half a stint on slicks on a drizzling track, so we just tried to keep the car there without [making] any big mistakes.

“The last two hours were difficult but I knew I had to take the lead. That was the aim, and I got the lead and then they put out the red flag.

Farfus was a late addition to the #25 BMW lineup as he replaced IMSA regular Tom Blomqvist, who was unable to get a visa to the travel to the US in time for the Rolex 24.

The Brazilian recalled: “I had a late call last week, unfortunately Tom could not get his visa done and BMW called me, asking would I be available, and I said 'of course'! This is for me one of the highlights of the season, I love this place.

"Of course, I felt sorry for Tom for not being here, he deserves as much as anyone seated in this room.” 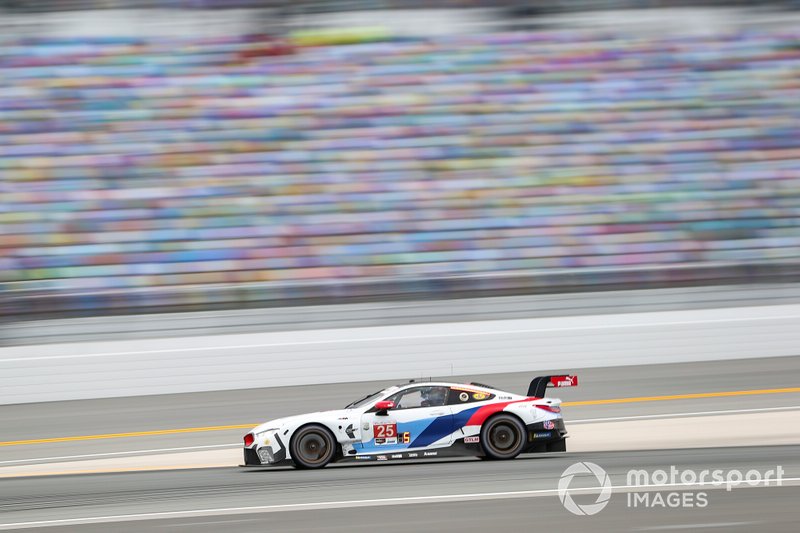 Ford’s Daytona victory loss a “kick in the teeth”