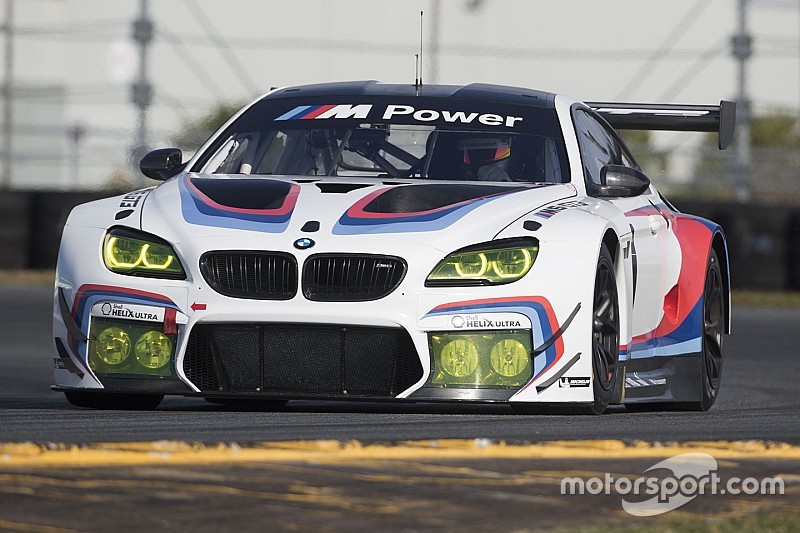 BMW Motorsport used its traditional season review in the BMW Museum in Munich to present its program for the 2016 season, including its works and privateer lineups for the IMSA WeatherTech SportsCar Championship.

Canada’s Wittmer, who won the 2014 GTLM Drivers’ title in the Dodge SRT Viper, has already been confirmed as being a third BMW driver for IMSA’s other two endurance races, the 12 Hours of Sebring and Petit Le Mans.

Turner Motorsport will field two BMW M6 GT3s in the GTD class, but there are still slots available in the lineup. BMW works driver Jens Klingmann will contest the entire season for Turner, and BMW Motorsport Junior Jesse Krohn will be part of the team’s lineup at all three enduros, but who fills the vacancies for regular season rounds is as yet unconfrmed.

What BMW did confirm, however, is that Turner’s lineup for Daytona will include DTM drivers Marco Wittmann and Maxime Martin.