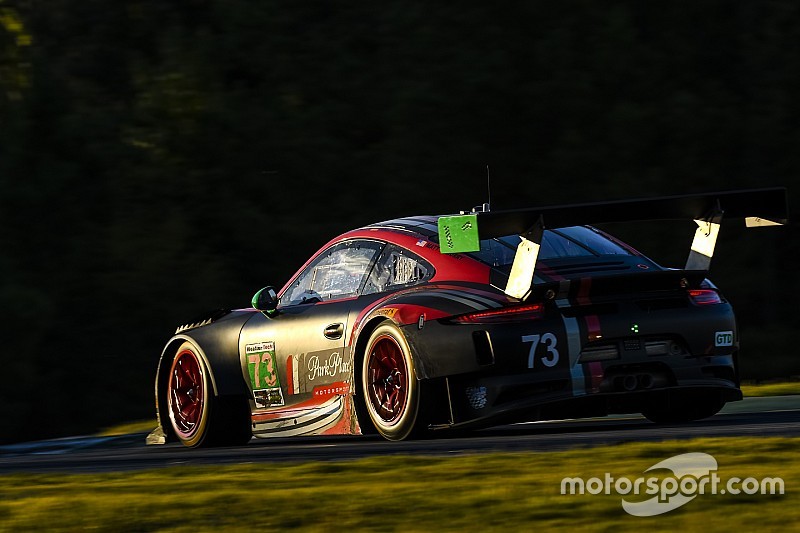 Jorg Bergmeister and team owner Patrick Lindsey will race for Park Place Motorsports in the full WeatherTech SportsCar Championship schedule in 2017, while Matt McMurry will be the third driver for the four enduros.

Lindsey said: “Having the same drivers in the car allows you to continue where you left off and build rather than begin again. That will hopefully be somewhat of an advantage as the GTD class has a few new entrants this year.

“I believe we could accomplish a lot last year, and we didn’t necessarily hit the marks we wanted. But I’ll set my hopes equally as high, if not higher, this year because I know we have a crew and lineup that is set to achieve.”

Lindsey also said Bergmeister’s return to the team was going to be a major aid to McMurry’s progress.

“Jörg is great to have because of his out and out pace and experience,” he said. “He’s actually a younger brother so you wouldn’t expect this but he has the heart of an older brother or a father to build up a budding talent like Matt.

“He’s there to extract Matt’s full potential and it’s amazing to see what he accomplishes when that happens. Look at Matt’s Petit qualifying from last year [where he qualified second fastest in class]. I expect to see more of that from him.

McMurry stated: “I was invited to the Porsche Young Driver’s Academy so I have my list of things I can work on this year,” McMurry said. “I think the number one thing I need to work on is to be fast immediately. I can work up to a good pace but it usually takes me too long to get up to speed. I need to be as fast as all the other pros in Practice 1 rather than by qualifying.

“Being in the Porsche has taught me a lot. A Porsche needs to be driven in a certain way, and that was not the way I drove coming into this. I drive very smoothly but in a Porsche, you really have to wheel it around. You have to work hard to drive that car, but it makes it a fun car to drive.”

Rockenfeller and Fassler return to Corvette for Daytona and Sebring