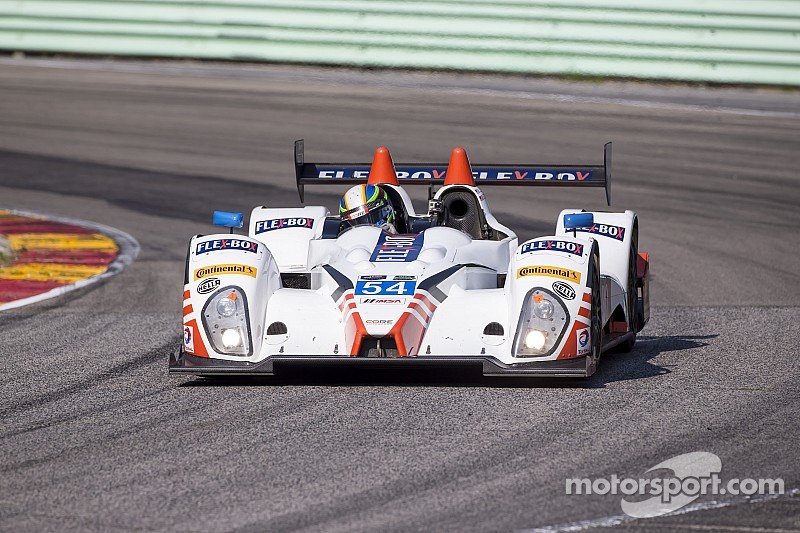 After a tough race for CORE autosport at Road America, the team is looking to rebound at VIRginia International Raceway.

If history is any indicator, VIR is the right place for CORE to return to victory circle: the team scored double podium finishes in its two prior visits to the circuit.

Each Segment will be 45 minutes and have no pit stops or driver changes. The team with the highest average finish between the two races will be awarded first-place points for the event.

Jon Bennett (Driver: No. 54 ORECA FLM09): "VIR is a beautiful, park like racetrack with a rich history of sports car racing. It is wonderful place just to walk around and enjoy the noise. It’s my home track and I have enjoyed dozens of events here since its re-opening in 2000. It is a fast track that rewards both patience and risk taking. I think that describes CORE pretty well.

"The split format is interesting, but, I prefer competing in the full TUDOR series format with our four main classes. I think multi-class, endurance racing is what the TUDOR series represents and it is the format I enjoy the most.

"Qualifying the car is a rare opportunity for me.  I enjoy the pressure of having to bring my 'A' game and push for the perfect lap. Next year, it would be interesting to see a race format in which there was an incentive to have the silver/bronze driver qualify the car. I could imagine a guideline that requires the qualifying driver to start the race. Now, that would mix it up a bit, for sure."

Colin Braun (Driver: No. 54 ORECA FLM09): "I really enjoy VIR. It’s got a great layout with a lot of elevations changes and that makes it fun to drive. It has a nice rhythm and flow to it. I think when we’ve raced there previously, we’ve found the track to be a bit narrow, which made it a challenge to pass. It was also challenging to get on pit road. I think the changes they’ve made will really help this weekend. It won’t be tremendously different and it won’t change the great flow of the track, but I hope the changes make for better racing.

"I had a chance to check out the improvements and make a few laps on the North Course, which is about half of the track that we’ll use. VIR’s done a lot of work on the surface of the race track as well as widening it out in some areas, including pit road. It’s a really good looking facility especially now that they’ve paved the entire paddock area.

"I think at VIR, the IMSA Lites cars will play less of a role, because it’s a much longer track than Kansas. Hopefully we’re not lapping them as frequently as we were at Kansas."

• In 2013, Bennett and Tom Kimber-Smith finished second in PC at VIR.

• Bennett and Braun lead the PC Drivers' Championship by 35 points.