Bell has high hopes for Lamborghini and O’Gara 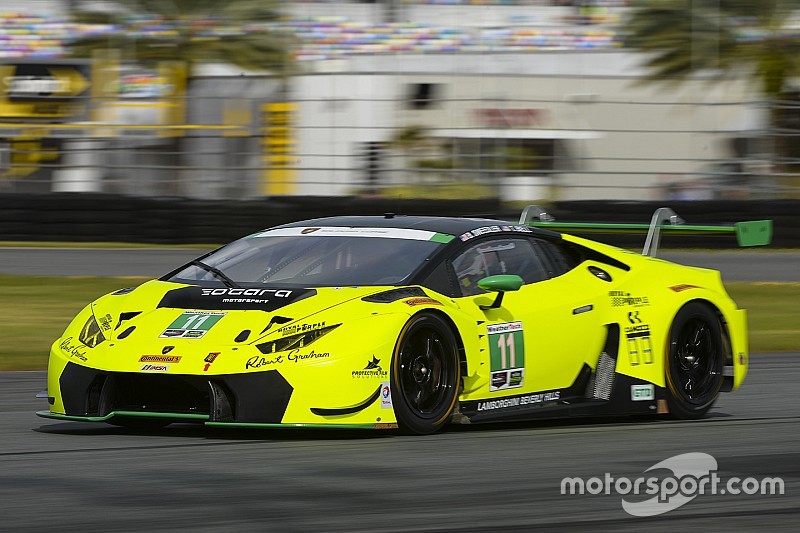 GTD champions Townsend Bell and Bill Sweedler are setting the bar high for their new team and the Huracan.

Edoardo Piscopo and Antinucci have joined Bell and Sweedler in the No. 11 Huracan this weekend for the Rolex 24 at Daytona, as O’Gara Motorsport makes its debut in the WeatherTech United SportsCar Championship.

Said Bell: “It's exciting to get started with a new team and build the chemistry, but we also have high expectations to be successful quickly.

“Tom has made a big commitment to launch a top team and we are eager to show him what we're capable of."

Bell and Sweedler won the Rolex 24 two years ago and are entering their fourth season together.

Commented Sweedler: "Townsend has been a great teammate and friend. Our first race, our maiden voyage, was at Sebring in 2012. We won and we haven't looked back.

“It is exciting to come in here as the GTD champions. It's clearly a stout class, we are thrilled to have Edoardo and Richie on our team and we look forward to posting a good result."

Italian drivers Piscopo and Antinucci both make their Rolex 24 debuts this weekend,

Comparing the Super Trofeo version of the Huracan with the GT3 model, Piscopo commented: "It is a totally different beast. The GT3 has way more downforce, you can brake much later. Everything is more extreme.”

The No. 11 O'Gara Motorsport machine is one of five Lamborghinis entered in the Rolex 24.

Barrichello wants to do more US racing