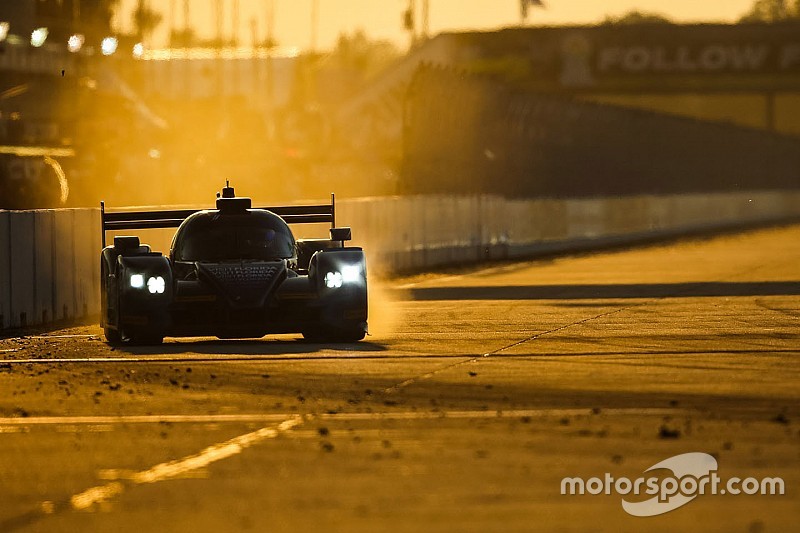 As a Prototype Challenge team, BAR1 scored a 1-2 at Petit Le Mans earlier this month, but now is getting ready to take on DPi cars and other LMP2 machines in IMSA’s top class, using a modified version of the Riley Mk30, as used by Visit Florida Racing for the first seven rounds of 2017 (above).

Team owner Brian Alder said: “Obviously, this is an important step for us. The move to LMP2 opens up a lot of opportunities for the team.

“Running in the series’ flagship class attracts a higher level of marketing partners, top tier drivers and, for me personally, a chance to return to Le Mans.”

Explaining his choice of Riley Mk30, Alder said: “After spending the past few months researching the different options, we feel this car has the most potential of the P2 cars and is the best fit for our program in 2018.

“Multimatic’s continued support from Mazda and their new relationship with Team Joest only enhances the attractiveness of this program. Clearly, they learned quite a bit in 2017…  I've seen first hand the changes they have made for 2018 and they are impressive. They have definitely done their homework and the initial testing results from overseas are exceeding everyone's expectations.”

The Mk 30 is one of the quartet of cars approved by the ACO for the new for 2017 LMP2 regulations. However, the Mk30, developed by Multimatic Motorsport, will be allowed more significant modifications than the Ligier and the Dallara, while no evolutions will be allowed to the ORECA.

“The development allowances and ‘joker' rule are very important to us,” noted Alder. “It demonstrates that organizers are adamant in their desire to maintain the competitiveness of the class and their ultimate aim to ensure that LMP2 remains a category that contains variety and a high level of competitiveness.”

Alder added: “We are evaluating all current drivers and new driver combinations for 2018, which includes the possibility of adding a second car to our program. We expect to be on track within the next few weeks conducting our initial shakedown as our drivers and crew learn the new car.”