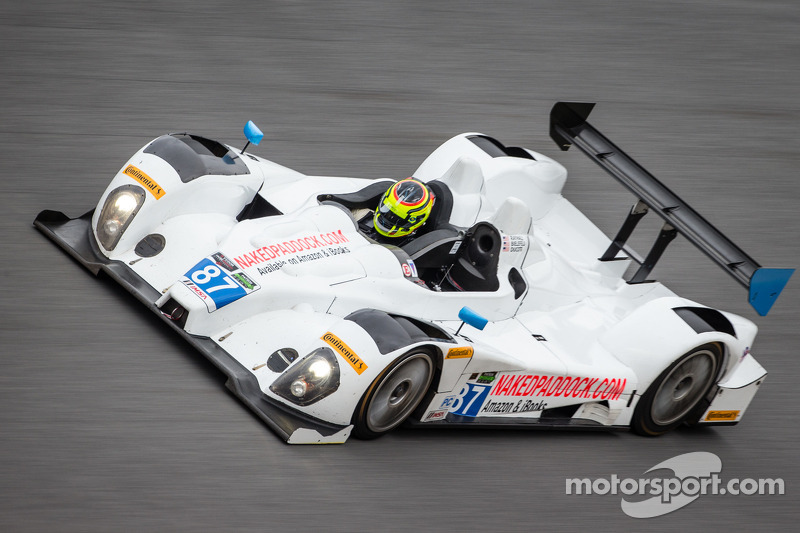 BAR1 Motorsports has assembled a driver lineup for the Rolex 24 at Daytona with just the right amount of youth and experience necessary for a strong race.

BAR1 Motorsports, located in Plain City, Ohio, will compete in the 2014 Daytona 24 with one PC entry.

“After a three month break, we are ready to get back to racing,” said team owner Brian Alder. “The team has made some significant gains this off-season, both with our drivers and our crew members. Focusing on one car for Daytona is what we felt was best for our team as we go for our 4th PC win in a row because it allows us to keep all of our key team members focused on a single effort.”

Brian Alder has assembled a driver lineup for the Rolex 24 at Daytona with just the right amount of youth and experience necessary for a strong race. The lineup of drivers holds a diverse and extensive background that benefits the team throughout the 24 hours and 2014 season. 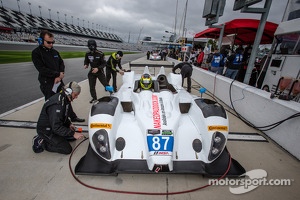 American driver, Sean Rayhall, climbed the charts at Daytona International Speedway finishing 4th fastest overall in the second practice session after leading numerous times during the test. The 18-year-old captured the Cooper Tires Prototype Lites Championship in 2013 and made his Prototype Challenge debut at Petit Le Mans where he finished 2nd with 8Star Motorsports. He also holds 1st in the “Future Stars” category for drivers 21 and younger according to Driver Database. Rayhall will compete with BAR1 Motorsports in the TUDOR United SportsCar Championship for 2014.

“I am really exited for the Rolex 24 at Daytona,” said Rayhall. “I feel like we made gains at the test that are going to pay off late in the race. All the guys on the team have been working really hard at the shop so I am confident the car will be good to go for the entire race. I am hoping for a successful race and to be standing up on the podium at the end of the 24 hours.”

“BAR1 Motorsport is a team with great momentum heading into the inaugural TUDOR United SportsCar Championship event at the Rolex 24 at Daytona,” said Kovacic, “And as team we will be hoping to keep that momentum going. Our team owner, Brian Alder, has done a great job of assembling a mix of youth and experience for our driver line up, which should give us a competitive edge throughout the race. I am personally thrilled to be part of such an exciting project with BAR1 Motorsports. I look forward to repaying the faith the team has bestowed in me by providing a strong performance at this showpiece event.”

Doug Bielefeld, of Dallas, Texas, joined BAR1 Motorsports earlier in the season for the Roar Before the 24 after a couple months of testing with the team. Bielefeld competed with TRG in the Grand-Am Road Racing Series in 2013 at COTA and holds many National podiums for the Porsche Club of America from the past few years to his name. Bielefeld will compete with BAR1 Motorsports for the Rolex 24 At Daytona.

“I’m excited for the opportunity to drive for and work with the impressive group of professionals at BAR1 Motorsports,” said Bielefeld. “The Rolex 24 at Daytona is a dream for me and hopefully the beginning of a great season together. Our drivers are a top-notch blend of youth and experience. I’m very optimistic about our chances for a successful and winning Rolex 24 at Daytona.”

American Driver, Gaston Kearby, will make his debut with BAR1 Motorsports for the 2014 Rolex 24 at Daytona. The Texas native has previously competed in SCCA Formula Atlantic where he holds the Mid State 2013 Majors Champion Title with six Top 5 wins, National Auto Sport Association, and Sportscar Vintage Racing Association. Kearby recently competed in the 2013 25 Hours of Thunderhill.

“We had a great test with BAR1 Motorsports at Roebling Road earlier in the year and it was my first time in a PC car,” said Kearby. “The car was quick from the beginning and the team was great to work with. Brian has a diverse group of drivers for the race and I am happy to be a part of it. I am looking forward to being back with the team for the Rolex 24 at Daytona and I am hoping for a successful race.”

Estonian and American driver, Tonis Kasemets, will unite with BAR1 Motorsports at the 2014 Rolex 24 at Daytona. Kasemets recently competed in the Grand Am GS Championship in 2012 and 2011 and Atlantic Championship, USF 2000 championship, Grand-Am Rolex series, Continental Tire Sports Car Challenge and numerous Indy Lights races from 2008 to 2011.

“After great test at Roebling Road with BAR1 Motorsports before Christmas I knew it will be fantastic to go to Daytona and run Rolex 24 with the BAR1 team,” said Kasemets. “The test at Savannah was my first time in a LMPC car, but it felt so good and I was immediately very comfortable in the car. BAR1 Motorsports did a great job with the car setup in Savannah also. After seeing the results in Daytona at the Roar Before the 24 test, I knew BAR1 Motorsports would be competitive at Daytona. I am very excited to be a part of the Rolex 24 at Daytona with a team that has a great list of drivers. I am looking forward helping my teammates getting to the finish line in front. Thank you to every one who made this race possible for me and BAR1 Motorsports, especially the “One Hand Wonder.”

BAR1 Motorsports won the final three American Le Mans Series races in 2013 and is looking to add a fourth straight win to the list. Team owner, Brian Alder, comes from a background with extensive endurance experience, after wining the 2004 24 Hours of Le Mans in the P2 class and going to Le Mans four times. Alder’s experience with endurance racing will guide the team throughout the race.