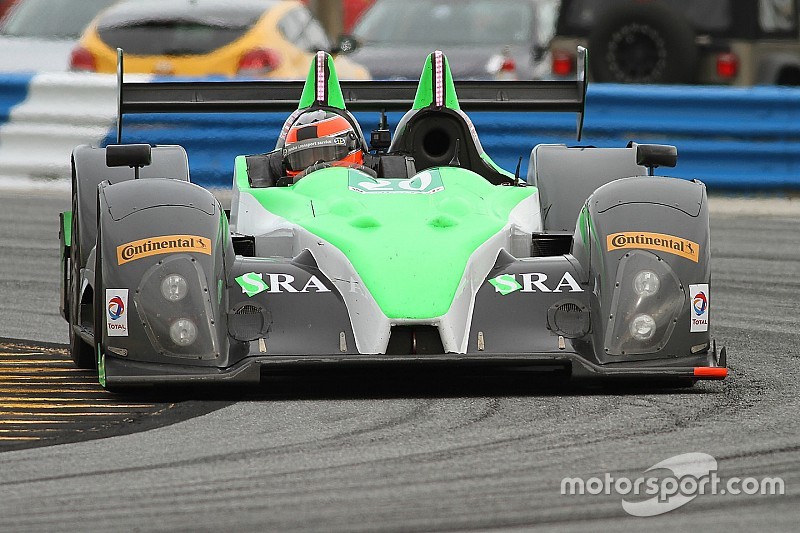 The Mowlem-McMurry pairing will be competing at famous tracks such as Laguna Seca, Road America, Motorsports Park, Lime Rock Park and Circuit of the Americas.

“I was delighted when Brian [Alder] asked me to be his gold driver for 2016,” said Mowlem, “especially after building a successful relationship with his team last year. When he told me he was bringing on Matt to race with me in these sprint races, I was genuinely excited. Matt is a bright young driver who I've worked with before in LMP2. I know how much potential he has for the future."

We have had instant success with both drivers in the past,

The plan means that the Mowlem-McMurry pairing will be competing at famous tracks such as Mazda Raceway Laguna Seca, Road America, Canadian Tire Motorsports Park, Lime Rock Park and Circuit of the Americas.

“We’re really excited to have these two paired together,” said team owner Brian Alder. “They’re both very talented and very quick. I foresee them having us in contention for podiums right out of the gate. We have had instant success with both drivers in the past, so I’m certain both Matt and Johnny have it in their minds to be out there challenging for wins.”

Mowlem has a full schedule for 2016, including an already announced program in the new ACO European Le Mans GT3 Cup championship, campaigning a brand new Ferrari 488 GT3 for the Ferrari-supported FF Corse race team. The two-time British champion and one-time European Le Mans GT champion is looking forward to a busy year on both sides of the Atlantic, starting with the Rolex Daytona 24 hour race at the end of January.

Mowlem and McMurry had successful 2015 campaigns. Mowlem sat on the Prototype Challenge class pole with BAR1 for the Rolex 24 at Daytona. He also scored a podium at Petit Le Mans. McMurry ran his first Prototype Challenge race with BAR1 at the rainy Sahlen’s Six Hours at the Glen in 2015 where at the age of 17 he became the youngest driver to podium in that class in an IMSA-sanctioned event.