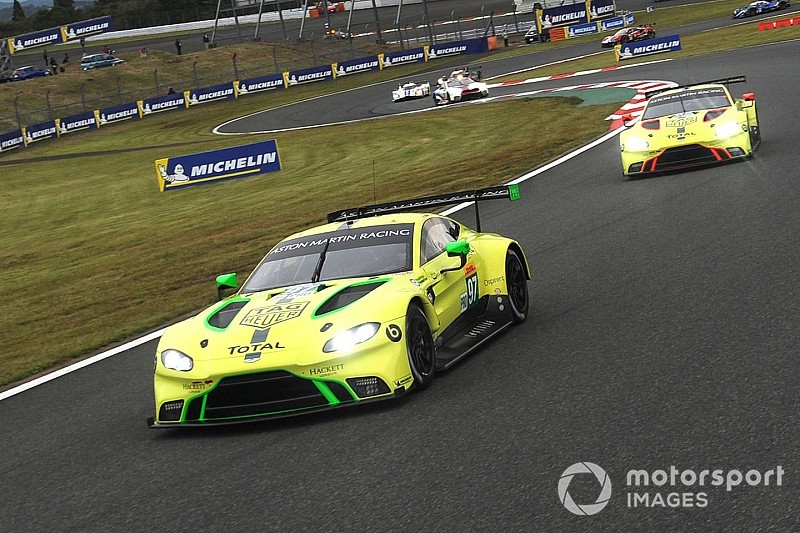 The second-generation Aston Martin Vantage GTE will not compete in the Rolex 24 Hours at Daytona, but there is a possibility of AMR entering IMSA later in the season.

As long ago as May, Aston Martin Racing president David King stated that he wanted the Prodrive-run works team to compete in IMSA, although he emphasized at the time that “is an ambition and not a plan”.

King also stated, “In the ideal world it would be a full-works program like in 2005-06 in the ALMS - that's the dream. The alternative would be to work with a partner team at a very high level.”

That included possibly working with a GT Daytona-class team.

However, team managing director John Gaw, speaking at Shanghai where the two Aston Martins have qualified third and sixth for the final World Endurance Championship race of the year, has now ruled out the second-gen Vantage GTE competing at the Rolex 24.

“On the GT3 side, the car is not homologated for Daytona,” he said, “so there’ll be no GT3 at Daytona.

“We only have two GTEs right now and they’re the ones upstairs! They’ll be on the freight, so we won’t start the season for sure.

“But we’re still looking at all options.”

Asked if Aston Martin could therefore enter some of the later rounds in the IMSA championship, Gaw said yes.