Alonso: Daytona “the least important qualifying of my life” 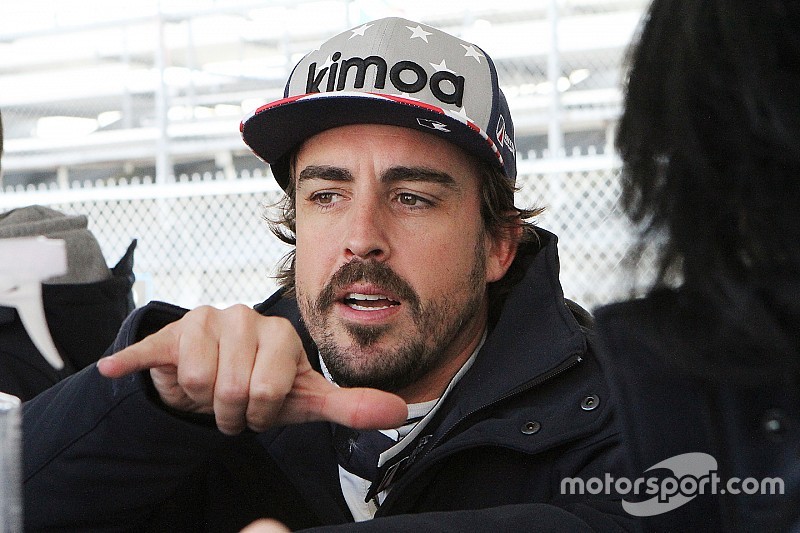 Fernando Alonso was satisfied with his first-ever sportscar qualifying performance ahead of his debut in the Rolex 24 Hours at Daytona, getting within a second of pole position.

But he was content with his performance in beating other LMP2 drivers at his first attempt.

“Knowing it’s a 24-hour race, it was probably the least important qualifying of my life until now,” he quipped. “Normally I have 60 laps or 70 laps to recover what I did in qualifying; on Saturday we have 24 Hours.

“Qualifying was not the key point of this weekend, hopefully.”

Alonso will start in 13th position, behind five of the all-conquering Oreca LMP2s, but ahead of one of them and the other two Ligiers in the field – including the sister United car driven by Bruno Senna.

“I think it was a good session for us,” he said. “It was nice to have some laps finally in the car with no traffic, in free practice there was a lot of traffic and a lot of things go on, but in the prototype qually you can put some laps together and get used to the car a little bit more.

“Happy to be fastest Ligier, by a good margin, we have top guys in our team – Bruno Senna is the world champion in LMP2 – he’s in the other car. We felt competitive and we achieved the maximum.”

Alonso reiterated that his aim this weekend is to gain experience ahead of a future that will likely include an attempt at the Le Mans 24 Hours.

“I knew before coming here the package we have is not the quickest,” he said. “But at the same time I think it’s a race that is long enough to recover the lack of performance you may have. We are a very new team, two rookies in the car, Lando [Norris] and myself, a lot to learn.

“It’s good also not to have the pressure to be super-competitive and to be super-fast. It’s a learning experience, a learning race, a preparation also if one day I attempt the 24 Hours of Le Mans.

“I need to respect that race, also this race, and know there are a lot of guys with more experience than me and more prepared than me. So if I want to be as prepared as them, and to have the experience, this weekend is the perfect opportunity.

“At the same time, some of the best guys out there, best drivers in LMP2 last year, they are a little bit behind us. So it was a surprise for us in qualifying to be quite fast, quite happy.”