Allmendinger: "We all want to win it for Justin" 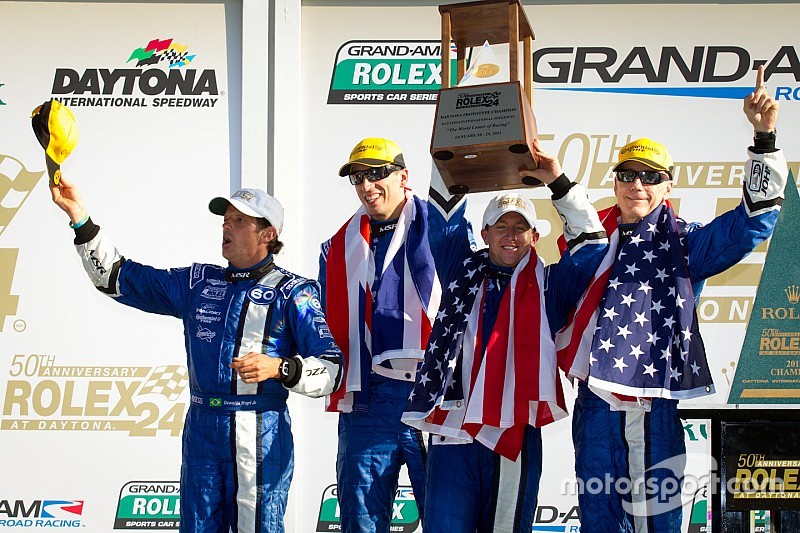 A.J. Allmendinger is confident that Michael Shank Racing can return to Victory Lane this weekend in the Rolex 24 at Daytona.

One of the memorable finishes in Rolex 24 history involved A.J. Allmendinger. In 2012, he battled door-to-door with three-time Le Mans champion Allan McNish, even making contact on the oval at one point and ultimately, coming out on top.

You're always worried about reliability in general, but I would say (in regards to reliability), this is one of the best couple of months we've ever put together.

In 2016, he and Michael Shank Racing seen to have the car capable of doing it again.

"It's pretty good," Allmendinger said of their chances. "Last year, I thought we had a pretty good shot at it but with all the work they've put in, it's definitely a lot more developed now. With a year more of development, it's a great shot. But every year, Ganassi shows that they are the best team out here. They don't make a lot of mistakes and their cars, for the most part, have almost been bullet proof."

Reliability not a concern

MSR failed to finish the 2015 race, completing 705 of 740 total laps during the 24-hour race. When Motorsport.com inquired about reliability for this time around, the 34-year-old racer showcased definite optimistic.

"I'll knock on wood when I say this, but we haven't really had any issues. That was something last year, coming into the test, we didn't do a lot of running because of development issues and trying to learn the car.

"So far, it's been on point and everything seems great. You're always worried about reliability in general, but I would say, when it comes to normal problems you have coming into the 24, this is one of the best couple of months we've ever put together. I'm as confident as I could be about how our reliability is going to be.

"You got to get to the end of a 24-hour race before you worry about winning it."

The late Justin Wilson used to be part of the Shank lineup (including when they won in 2012) and good friend to all of the current drivers. And A.J. revealed that he is on their minds as they prepare for the 24.

"For all of us, not just me -- We shared a bond together. Ozz and I and John and J-Wil. We all knew that when Justin was around the race track, he was always smiling and laughing.

"It's tough and you can ask all of us, we have a little chip on our shoulder. He's sitting up there watching us. It would make all of us so much more proud because we all want to win it for him and Julia and the kids.

I"t's difficult, for sure. It's strange being here without him."

"Unless they break, P2s are not beatable," says McMurray