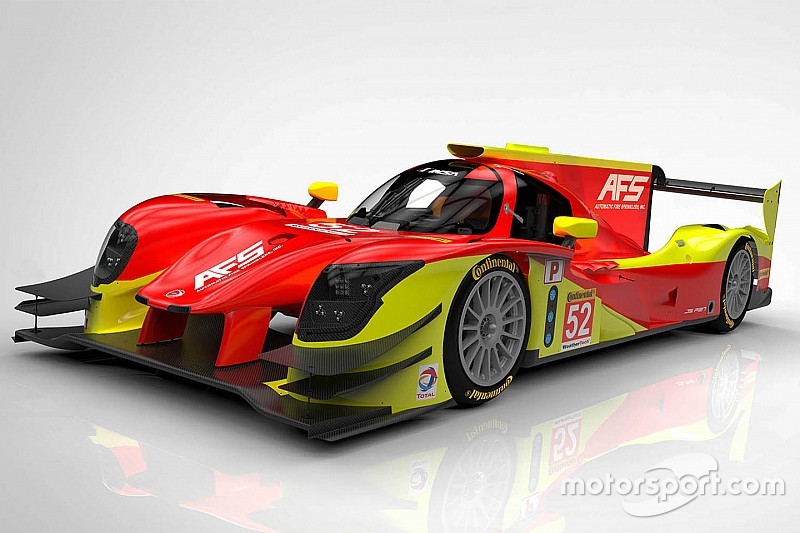 AFS has fielded IndyCar machinery for Saavedra over the past five years in conjunction with various teams, including in the Indianapolis 500 this year alongside newcomer squad Juncos Racing.

But now it has chosen to call time on its single-seater efforts, which also included two championship titles in Indy Lights in 2008-09, to enter IMSA in a new collaboration with PR1 Mathiasen and Onroak Automotive, which builds the Ligier LMP2 car.

"Along with Bobby, I hope to continue on building the team along with Onroak for technical support.

"Everything came together so quickly with the efforts of all parties working towards the goal of building a great team. This wouldn’t have possible without the involvement of Toni Calderon and Onroak Automotive.

"I still have my IndyCar and the equipment so I’m not closing the door on the IndyCar Series just yet. They have treated me very well and I have so many friends there, it will be tough not to be all together at the races, however I look forward to making just as many new friends with this series."

Saavedra will make his sportscar racing bow next year, having last contested a full IndyCar season in 2014 with KV Racing.

As well as racing in the Indy 500 this year, he also made three starts for Schmidt Peterson Motorsports, replacing Mikhail Aleshin when the Russian driver encountered sponsorship difficulties.

“I’m very excited with this new chapter in my career, and very honored and humbled to be a part of building this new organization together with Gary Peterson and Bobby Oergel," Saavedra said.

"It’s something that has been in the works for two years now and making it a reality is definitely one of the highlights of my career.

"I’m looking forward on the whole concept of Team Colombia and building a very strong alliance and performance team in what will be a very competitive season in the IMSA WeatherTech SportsCar Championship.”

PR1/Mathiasen fielded a solo Ligier-Gibson in this year's IMSA campaign, running no fewer than 12 drivers across the course of the season and scoring a best result of fourth place at Watkins Glen.