A Morgan-Nissan LM P2 in the streets of Detroit! 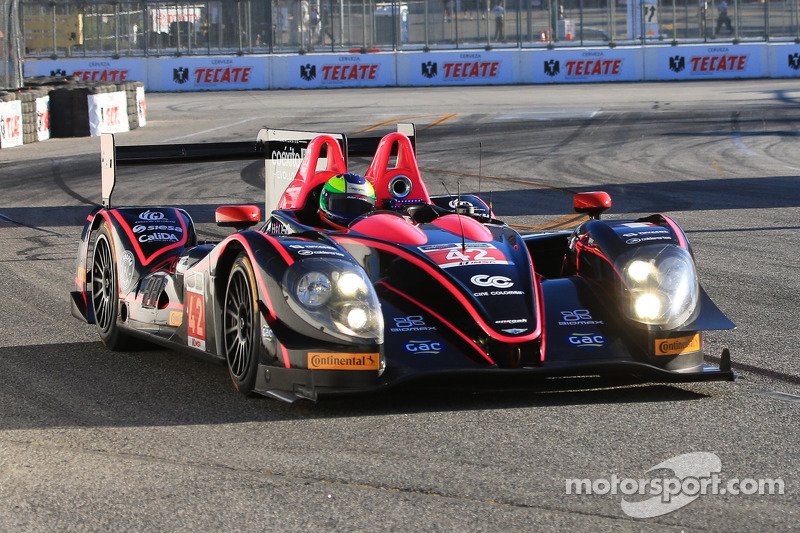 Olivier Pla and Gustavo Yacaman are back together again for this event on the Detroit circuit.

OAK Racing will compete in the fifth round of the Tudor United SportsCar Championship on the streets of Detroit on a 3.8-km circuit with the same driver line-up as at Long Beach, Olivier Pla and Gustavo Yacaman. They are both city circuit fans, and they will have just 100 minutes at the wheel of the no. 42 Morgan LM P2 to try to clinch their first eagerly-awaited top-3 finish!

The Tudor United SportsCar Championship calendar comprises four long races between 6 and 24 hours, which count for the Tequila Parton North American Endurance Cup, and shorter events like the one this coming weekend in the streets of Detroit.

After two 90-minute free practice sessions the team will have only 15 minutes to qualify the no. 42 Morgan-Nissan LM P2 as high up as possible, as the grid position is of crucial importance on a city circuit where overtaking opportunities are rare and very tricky.

Olivier Pla and Gustavo Yacaman are back together again for this event and they are both looking forward to competing in this race on the Detroit circuit. In 2012, the Colombian scored a superb win here in Indy Lights after making a stunning comeback from the fifth row.

Frenchman Pla, who is always very quick at the wheel of the Morgan-Nissan LM P2, is also very much at ease on street circuits so he will be the ideal team-mate. On Saturday he will have to hop on an airplane to return to France to drive another Morgan-Nissan LM P2, no. 26, in which he will take part in the official test day for the Le Mans 24 Hours on 1st June as soon as he arrives.

Olivier Pla: “It was my first time out at Long Beach and it’s the same thing here in Detroit. It’s a city circuit and I’ve always liked this type of layout so I can’t wait to drive here. At Laguna Seca we again saw that the battle for victory was a very closely-fought one and that the drivers defended their places tooth and nail. It promises some good scraps on the track and a great spectacle for the crowd. Even if the Belle Isle layout is less favourable to LM P2s than Laguna Seca we’re in with a good chance. It’s an important race and we’ll stack all the odds in our favour. We’re up against very tough rivals; we’ll take things as they come and we’ll do our utmost. It’ll be an express trip for me because as soon as the race is over, I’ll have to hop on a plane to return to France and take part in the official test for the Le Mans 24 Hours!”

Gustavo Yacaman: “Street tracks are my favorite for racing, going so fast in between the walls with no margin for mistakes makes it very exiting for me. Also, the surface at Belle Isle is really bumpy, this adds another big challenge for braking and turning. I had one of my most memorable wins in Indy lights at this track in 2012 coming from 9th to 1st place passing everyone in a track where people said it was almost impossible to pass. I can’t wait to get the weekend started back with Oli Pla and get our first podium under our belt.”