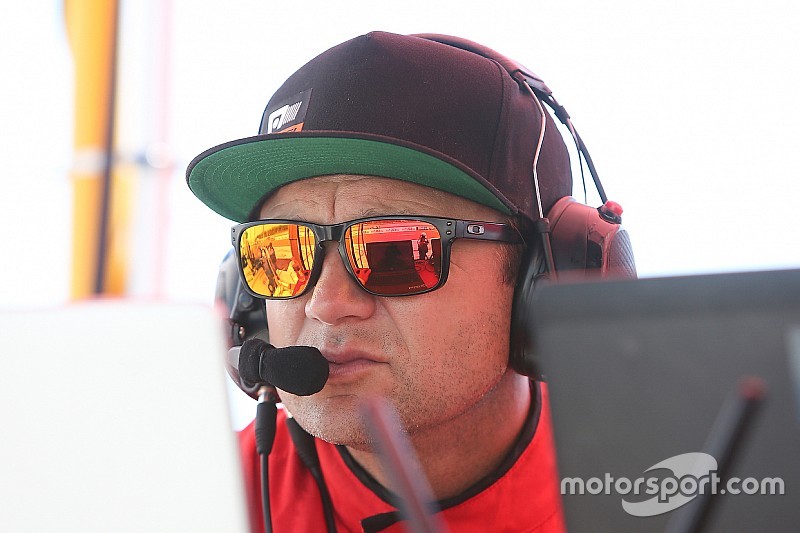 Townsend Bell and Frankie Montecalvo will team up as fulltime drivers in one of AIM Vasser Sullivan’s Lexus RC Fs next year.

AIM Vasser Sullivan announced in October it would next year replace 3GT Racing in running the pair of Lexus RC Fs in the GT Daytona class of the IMSA WeatherTech SportsCar Championship.

Two weeks later, AVS revealed that 2017-’18 Lexus driver Jack Hawksworth would be retained as a fulltimer next year, although his teammate has not yet been named.

However, today, AVS revealed that 2015 IMSA GTD champion Bell and Montecalvo will team up in the other Lexus for the full season. This year, the pair raced together for Scuderia Corsa in the IMSA championship’s four North American Endurance Championship rounds and they have each competed for AIM Autosport in previous seasons, although never as teammates.

Team co-owner Jimmy Vasser declared: “This is a great paring of drivers. They know each other and they know what it takes to be successful.”

Bell stated: “I’m thrilled to have a chance to go after another IMSA GTD Championship with Frankie. We’ve had some partial seasons the last few years and the stars aligned to make this happen.

“My best Indy 500 finish came while driving for Jimmy Vasser and I’ve always admired the way he runs the team and guides the ship. The fact that AIM and [AIM’s original owner] Ian Willis are also involved makes this feel like one big family get together. Ian led us to a Daytona 24 win in 2014 and the NAEC Championship.

“I’m looking forward to turning some laps soon in the Lexus RCF GT3.  It’s a race winning, pole sitting car and it’s nice to have that confidence heading into a new season.”

Montecalvo echoed Bell’s sentiments, said: “In 2017, I raced with AIM and had some success in the Pirelli World Challenge Sprint X. With the addition of Jimmy Vasser, Sulli [third co-owner James Sullivan] and Lexus, we should have a very competitive team this year. Co-driving with Townsend, I feel AVS has a real shot at competing for a championship.”

Like the identity of Hawksworth's fulltime co-driver, additional drivers for the endurance rounds have not yet been decided.