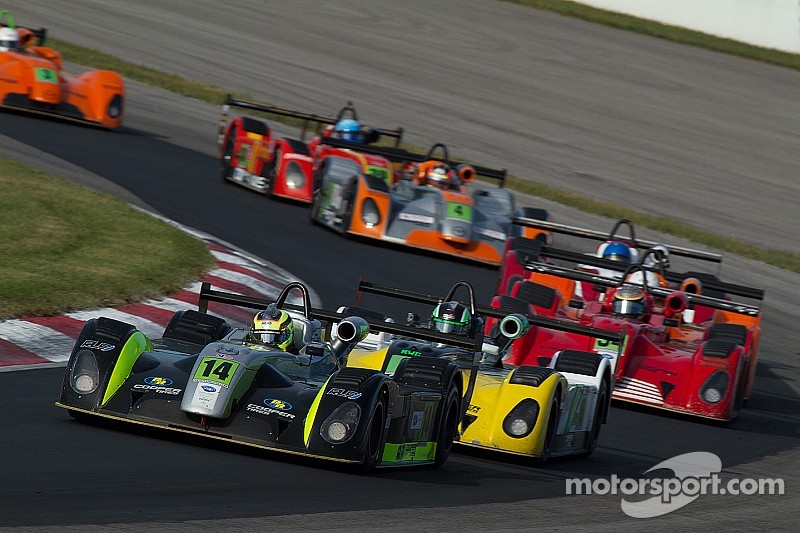 Six repeat venues, plus the debut at New Orleans.

The 2015 Cooper Tires Prototype Lites Powered by Mazda schedule features stability and a fresh challenge, as the International Motor Sports Association (IMSA) Development Series will compete at six classic venues from 2014 and a new event at NOLA Motorsports Park in its 10th season.

IMSA unveiled Dec. 10 a seven-venue, 14-round schedule for the series, which provides thrilling action and grooms drivers and teams for future TUDOR United SportsCar Championship competition in the Prototype and Prototype Challenge classes.

The series will run 10 of its 14 rounds as a companion to TUDOR Championship events, providing plenty of high-profile visibility for teams and drivers at the largest sports car racing events in North America.

"IMSA Cooper Tires Prototype Lites Powered by Mazda is fast becoming recognized for grooming and developing drivers who advance to the professional level of sports car racing," said Steven Sewell, senior series manager, IMSA Development Series. "The series features an expanding grid of competitive racers, and we are proud to showcase the series at some of our most popular TUDOR Championship events. The addition of a new event at NOLA also provides the opportunity to introduce our competitors to a new market of fans."

The season gets underway March 18-20 at Sebring International Raceway in Sebring, Florida, as part of the prestigious Mobil 1 Twelve Hours of Sebring Fueled by Fresh From Florida race week.

Next up is the traditional summer stretch of events June 25-27 at Watkins Glen International in the scenic Finger Lakes region of upstate New York, July 9-12 on the challenging Canadian Tire Motorsport Park in Bowmanville, Ontario, and Aug. 7-9 at the classic Road America in Elkhart Lake, Wisconsin. All of those races will take place on TUDOR Championship event weekends.

The series returns Aug. 28-29 to Virginia International Raceway in Danville, Virginia, for the second consecutive year with an event featuring special incentives for teams and competitors provided by Cooper Tires.

Cooper Tires will serve as the entitlement sponsor of both rounds and also provide a half-day promoter test session Thursday, Aug. 27 at no cost to teams. Cooper Tires also is supporting the event by providing the first-ever combined event purse for a Cooper Tires Prototype Lites Powered by Mazda event. Podium finishers in Lites 1 and Lites 1 Masters will share a $17,000 overall purse.

Both rounds at VIR will be streamed live on FansChoice.TV.

Winding up at Petit Le Mans

The season again will end during the Petit Le Mans powered by Mazda weekend Sept. 30-Oct. 2 at Road Atlanta in Braselton, Georgia, one of the most prestigious events in the TUDOR Championship.

"With Mikhail Goikhberg graduating to the TUDOR Championship, it will be exciting to see who our 2015 champion will be," said Chris Pantani, director of motorsports for Cooper Tire. "Prototype Lites has quickly become a proving ground for drivers, and the 14-race schedule for 2015 is no different. With the inclusion of our special Cooper Tire-entitled event at VIR, we see 2015 as being a battle that may come down to Road Atlanta before a champion is crowned."

Nimble, high-tech, purpose-built Lites 1 machines pack in the power with a 230-horsepower, 2-liter Mazda engine designed to prepare aspiring professionals for prototype competition in the TUDOR Championship and offer a challenging environment for mature semi-professional drivers, including competition in a Masters Championship. Equally capable and cost-effective Lites 2 machines offer new competitors a perfect introduction to the world-class competition offered by IMSA.

Reigning series champion Mikhail Goikhberg is the third consecutive Cooper Tires Prototype Lites Powered by Mazda title winner to climb to the TUDOR Championship. Goikhberg received a prize package worth $100,000 presented to the series champion by IMSA, including an entry in the Prototype Challenge class of the 2015 TUDOR Championship. He will compete in the Prototype Challenge (PC) class in 2015 with JDC Motorsports, with which he won the Lites title in 2014.

2013 champion Sean Rayhall earned two victories and five podium finishes in his first year of competition in the PC class in 2014, while 2012 champion Tristan Nunez just completed his first season as a Mazda factory driver in the Prototype class after racing in the PC class of the American Le Mans Series and the GX class of the GRAND-AM Rolex Sports Car Series in 2013.