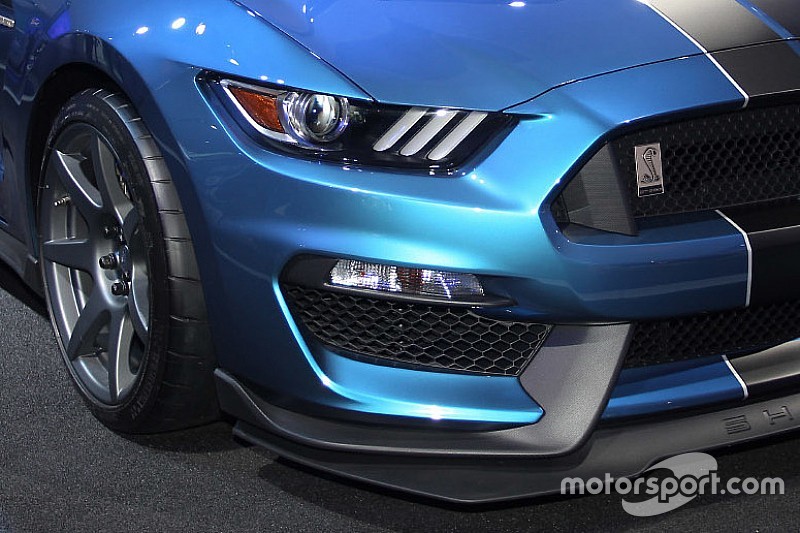 Daytona Beach, Fla.  – There’s no shortage of interesting storylines heading into this Saturday’s Continental Tire 150, the fourth round of the 10-race IMSA Continental Tire SportsCar Challenge.

Having the new Ford makes what was already a very competitive series even more competitive,

Billy Johnson and Scott Maxwell will drive the No. 15 Ford Racing/Multimatic Motorsports Shelby GT350R-C, with Jade Buford and Austin Cindric sharing the wheel of the team’s No. 158 entry. Johnson and Maxwell are coming off a second-place finish at Mazda Raceway Laguna Seca in a Ford Mustang Boss 302R, finishing behind the Sebring International Raceway-winning No. 6 Stevenson Motorsports Camaro Z/28.R of Andrew Davis and Robin Liddell.

“Having the new Ford makes what was already a very competitive series even more competitive,” Davis said. “We’re certainly on a roll, and it’s also nice to have the added momentum of being the defending race winner. We recently had the opportunity to test side by side with the new Mustang at The Glen. It’s a nice looking car, and we’re looking forward to racing them.”

Davis and Liddell’s Stevenson Motorsports teammate Matt Bell is riding a two-race TOTAL Pole Award streak in the GS class, and has two podium finishes in the No. 9 Camaro co-driven by Lawson Aschenbach.

Among the teams looking to play spoiler are Doran Racing and Rum Bum Racing. Last year, BJ Zacharias and Brad Jaeger finished second at The Glen in Doran Racing’s No. 14 NISMO GT Academy Nissan 370Z, losing by a mere 0.169 seconds. The team is coming off a third-place finish at Mazda Raceway Laguna Seca.

Matt Plumb – who won at Watkins Glen in 2012 and finished third in last year’s event – is joined by his brother Hugh Plumb in the No. 13 Billfish Foundation/Rum Bum Studios Porsche 911. The Plumbs won the 2015 season opener at Daytona and are second in the standings, nine points behind Davis and Liddell, 102-93.

“The Nissan was running us down at Mazda Raceway,” Davis said. “That was eerily similar to last year’s race at The Glen, when BJ Zacharias and Robin Liddell were side by side on the last lap. GS is definitely not only the Camaros and Mustangs – there are other tough teams, including the Nissans and Rum Bum Porsche.”

Defending GS champion Trent Hindman joins Ashley Freiberg in the No. 46 Fall-Line Motorsports IHG Rewards Club/Trim-Tex BMW M3. Freiberg became the first female to win overall in the Porsche GT3 Cup Challenge USA by Yokohama at The Glen in 2013. The two have a pair of top-five finishes this season and are fifth in the standings.