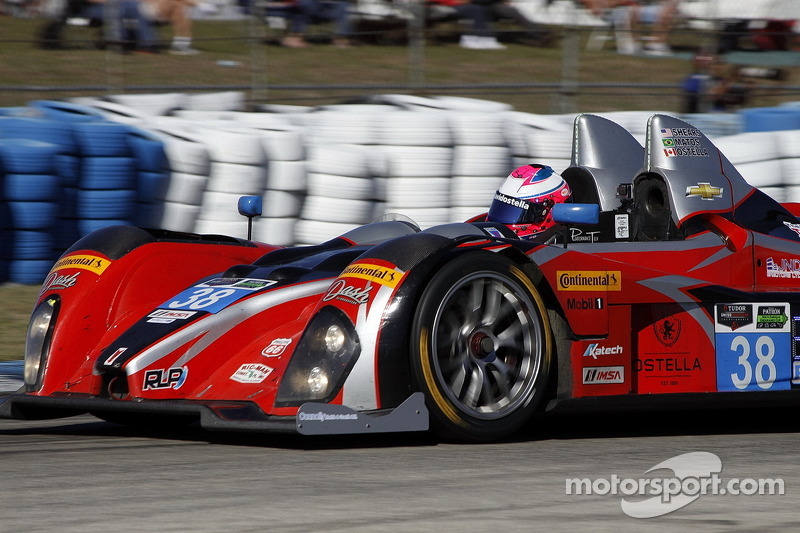 Prototype Challenge ride now a direct result of his performance there

But Ostella also knows he wouldn’t be behind the wheel of a prototype fielded by Performance Tech Motorsports (above) in 2014 without opening eyes in the elite level of the sports car world by winning the Ultra 94 Porsche GT3 Cup Challenge Canada by Michelin championship in 2013.

“Without the Canadian GT3 Cup series, I wouldn’t be where I am,” Ostella said. “I was coming from open-wheel, looking for a way into sports cars, and the series provided the perfect opening for me. It was the perfect move.”

Ostella, from the Toronto suburb of Maple, Ontario, won two races and recorded nine podium finishes in 10 starts in the Ultra 94 Porsche GT3 Cup Challenge Canada by Michelin last season. He held off Chris Green to win the championship by six points in his first full season of sports car racing.

The title capped a season in which Ostella also was part of the winning team in the Prototype Challenge class at the prestigious Mobil 1 Twelve Hours of Sebring Fueled by Fresh From Florida and finished fourth in the GTC class at Lime Rock Park in American Le Mans Series presented by Tequila Patrón competition.

All of those accomplishments helped to raise Ostella’s stock. But Ostella, 22, still insists the consistent speed he showed throughout the season in Porsche GT3 Cup 911 cars opened doors for him in the upper levels of the sport.

Ostella finished second in both GT3 Canada races when the series supported the ALMS round last summer at Canadian Tire Motorsport Park in Bowmanville, Ontario, not far from Ostella’s home.

“I was able to build a resume in the sports car paddock, and the team owners of the TUDOR Championship, which at that time was still in the ALMS season, took notice,” Ostella said. “It's the development series’ ability to mix you with that crowd and get your name out there that helps and makes it so great.”

Performance Tech veteran team principal Brent O’Neill was one of the owners who noticed Ostella. O’Neill signed Ostella to a two-year deal to drive his Prototype Challenge car after Ostella raced to a third-place finish in the PC category in the Rolex 24 at Daytona in January.

“Winning the championship my first year in was phenomenal,” Ostella said. “It is what Brent knew me as – the GT3 Canada champion. It's really the reason I'm racing in the TUDOR series today."

While Ostella’s next PC race is June 6-7 at Kansas Speedway, the 2014 Ultra 94 Porsche GT3 Cup Challenge Canada by Michelin season starts May 16-18 at Canadian Tire Motorsport Park. The series begins its fourth season as one of nearly 20 global Porsche 911 GT3 Cup one-make championships providing thrilling action and serving as a springboard for drivers aspiring to reach the TUDOR United SportsCar Championship.

Two 45-minute races are scheduled this weekend at CTMP, Rounds 1 and 2 of the 10-round season sanctioned by the International Motor Sports Association (IMSA). The first race will start at 3:10 p.m. (ET) Saturday, with the second race at 11:45 a.m. Sunday. Practice will start at 11:10 a.m. Friday, followed by qualifying at 3:20 p.m.

Ex-Marine loses leg in combat, but it doesn't slow him down on the track