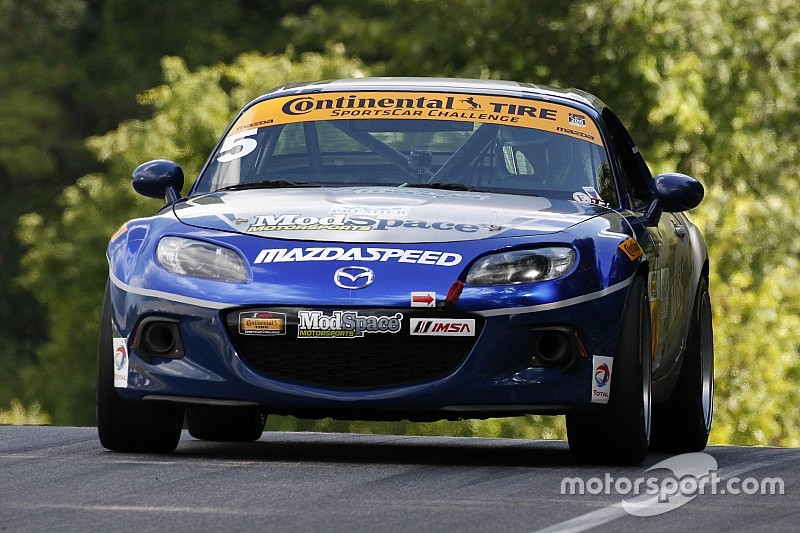 Nissan will have a pair of local drivers in the lineup of the No. 41 Nismo GT Academy Nissan 370Z this weekend. It will be a hometown race for 2014 Nissan GT Academy U.S. winner Nicolas Hammann of Elkhart Lake, his second race of the 2015 season.

Steven Doherty, of Plainfield, Illinois, also considers Road America his home track. He was the Nissan GT Academy’s U.S. winner in 2012, earning the opportunity to transition from gaming to competitive racing. Doran Racing also fields the No. 14 Nismo GT Academy Nissan 370Z for BJ Zacharias and Brad Jaeger, who have three third-place finishes in the last four races.

Fall-Line Motorsports of Buffalo Grove, Illinois, also will have a pair of local drivers for its home race. Team owner Mark Boden of Buffalo Grove will join Tonis Kasemets of Mundelein, Illinois in the No. 48 Calypso BMW M3. They join the team’s No. 46 IHG Rewards Club/Trim-Tex BMW M3 of 2014 GS champion Trent Hindman and Ashley Freiberg.

Ford enters the event with a two-race winning streak. Scott Maxwell and Billy Johnson are coming off a victory at Lime Rock Park in the No. 15 Multimatic Motorsports Ford Shelby GT350-R-C, after Jade Buford and Austin Cindric gave the new model its first victory at Canadian Tire Motorsport Park in the team’s No. 158 entry.

Adding depth to the Chevrolet lineup is Stevenson Motorsports’ No. 9 Camaro Z/28.R with defending Road America winner Lawson Aschenbach and 12-time TOTAL Pole Award winner Matt Bell. Mantella Autosport also has a pair of cars running in the top 10 of the GS standings – the No. 8 Gulf/Spyder/MBRP Chevrolet Camaro Z/28.R of Anthony Mantella and Mark Wilkins, and the No. 80 MBRP/Praxair/The Sport Lab Camaro of Martin Barkey and Kyle Marcelli.

The Street Tuner (ST) class also has the scenario of the championship contenders taking on new challengers – several with Road America connections.

Chad McCumbee and Stevan McAleer took over the ST lead with a victory at Lime Rock Park in the No. 5 CJ Wilson Racing ModSpace Mazda MX-5. They now lead Liam Dwyer and Andrew Carbonell, co-drivers of the No. 26 Freedom Autosport SemperFiFund.org Mazda MX-5, by four points, 162-158.

Freedom Autosport will run a second car at Road America with a pair of Illinois drivers. Britt Casey Jr., of Inverness, and Danny Bender, of Northbrook, will co-drive the No. 25 SemperFiFund.org/VERISTOR Mazda MX-5. While making his Continental Tire Challenge debut, Bender won four SCCA Touring 4 races at Road America this season, including the June Sprints. He was the 2014 National Champion in the class and winner of the coveted Kimberly Cup, presented to the SCCA’s most improved driver.

Another entry with a pair of regional drivers is the No. 21 Trim-Tex Drywall Products BMW 128i for Joe Koenig of Glenview, Illinois, and Josh Bilicki of Richfield, Wisconsin, who had a podium finish in a recent SCCA race at Road America. They join Burton Racing’s defending ST winners at the circuit, Mike LaMarra and Terry Borcheller in the No. 23 303/Gold Eagle BMW 128i.

PGA Tour superstar Rickie Fowler and Cobra Golf will back RS1’s No. 18 The Pride Factory Porsche Cayman. The car has a pair of new drivers in Remo Ruscitti and Lars Viljoen, a British F3 and V de V Endurance Series competitor who will be making his American professional debut. RS1 also has two-time 2015 winners Luis Rodriguez Jr. and Spencer Pumpelly in the No. 17 Porsche Cayman, and Connor Bloum and Greg Strelzoff in the No. 19 Porsche Cayman.

Sarah Cattaneo and Owen Trinkler have finished in the top five in three of the last four events in the No. 44 Cruise America/Thor Motorcoach Honda Civic Si. They are third in the ST standings, 25 points behind the leaders.

Opening practice at Road America will be on Friday at 9 a.m. ET, with qualifying at 4:10 p.m. ET. The two-hour, 30-minute race begins at 1:20 p.m. ET and will be streamed live on IMSA.com and on the IMSA mobile app.