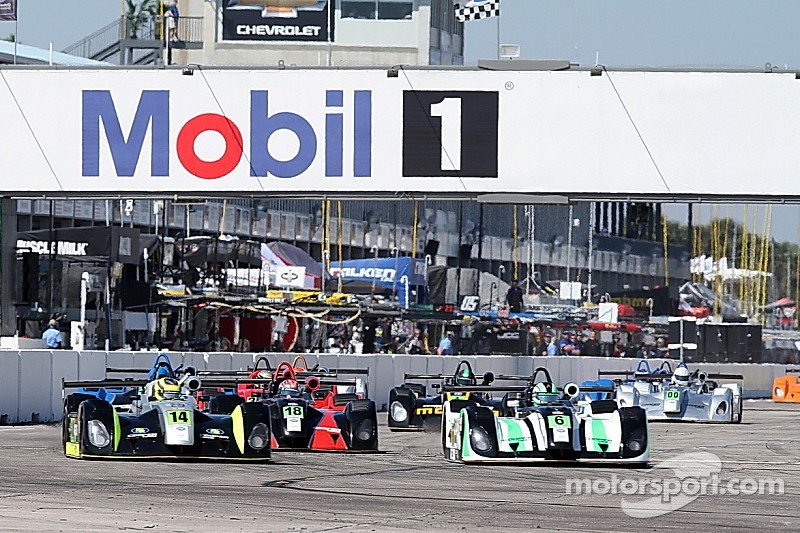 Braselton, Ga., (April 24, 2013) - After a successful first year with Signature Motorsports and Productions (Signature MSAP), the International Motor Sports Association (IMSA) has extended the television agreement to cover the 2013 Cooper Tires Prototype Lites Powered by Mazda Series and increased its distribution channels to include Motorsport.com. Motorsport.com is one of the GLOBAL Top 10 most visited International motorsports websites with over 500,000 visitors monthly and continues to expand their global reach.

We're really thrilled with this agreement, as it's a clear sign of where Motorsport.com is headed as a multi-content platform for motor racing.

"IMSA is very pleased with the efforts put forth by Signature Motorsports and Productions in carrying forward the message of Cooper Tires Prototype Lites Powered by Mazda," said IMSA Development Series Director Steven Sewell. "Matt (Tarleton) and his team approached us last year with a vision of producing IMSA Prototype Lites races, highlighting the intense competition and diverse driver culture that is unique to the series. In a short period of time they have grown their audience and expanded coverage worldwide, offering up great racing stories of experienced veterans dueling with the sports car stars of the future."

The growing development series experienced strong results in the first year of programming with coverage available to 110,000,000 households by the end of the year. The audience for each race was 419,000 and viewership consistently grew throughout the 2012 season, peaking for the season finale 15th Annual Petit Le Mans in Road Atlanta with 564,000 household views, according to Signature MSAP President Matt Tarleton.

"2012 was an exciting year for Cooper Tires Prototype Lites Powered by Mazda with the first year of the TV package in the record books," said Tarleton. "Prototype Lites is now not only a recognized, but viewed international series and all participants benefited from unprecedented public relations, new fans and added corporate interest. 2013 looks to be equally successful with the addition of a new relationship with Motorsport.com and continued momentum leading into the series merger in 2014."

All shows for the seven-event, 14-race season can be seen in the US on SPEED2 and internationally on Motors TV. Race broadcasts, extended cuts and special features will be available at Motorsport.com, adding multiple device online channels not limited by geographic area.

The SPEED2 and Motorsport.com delivery schedule

"We're really thrilled with this agreement, as it's a clear sign of where Motorsport.com is headed as a multi-content platform for motor racing," said Motorsport.com Art Director Eric Gilbert. "Motorsport.com has been known for a decade as a top destination for up-to-the minute news and editorial content as well as its amazing photo library. Two years ago, we started integrating video content to our platform and it was just a matter of time before we started web streaming race events. There is a clear convergence in the media industry and content distribution is getting more and more 'interest-based' rather than 'media-based' and our ultimate goal at Motorsport.com is to make our platform the one-stop destination for everything motor racing, regardless of the type of content. This deal with Signature MSAP to web stream the IMSA Lites series (and other content) is definitely a perfect fit with our strategic vision."

The 2013 season kicked off March 13 at Sebring International Raceway for the 61st Anniversary Mobil 1 Twelve Hours of Sebring Fueled by Fresh from Florida. Next up in the 2013 Cooper Tires Prototype Lites Powered by Mazda Series is the American Le Mans Monterey Presented by Patrón at Mazda Raceway Laguna Seca May 9-11 in Monterey, Calif.

He's Baaack! The "Inside Line" on Ryan Booth