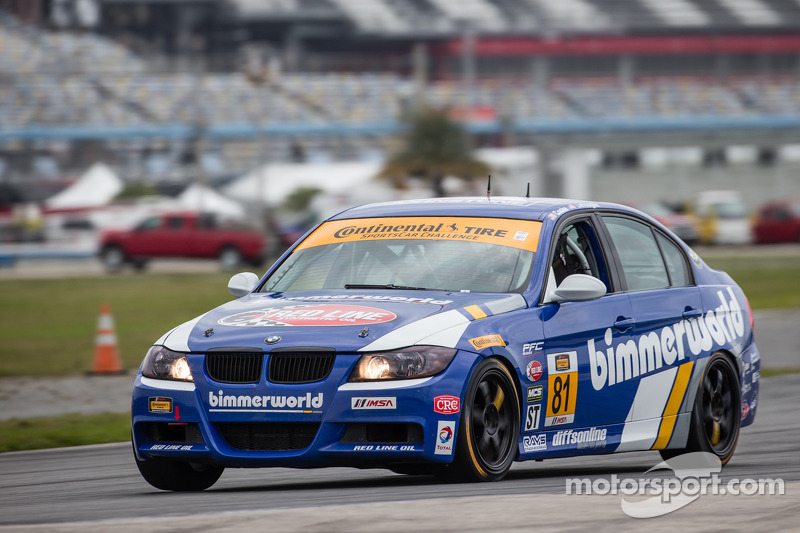 The pair drove a BMW 328, No. 80, prepared by Bimmerworld and sponsored by Johnstone Supply, Powerflex and Red Line Oil.

The pair drove a BMW 328, No. 80, prepared by Bimmerworld and sponsored by Johnstone Supply, Powerflex and Red Line Oil.

Gleason, 26, qualified ninth with a time of 2:05.839 for an average speed of 101.844 miles per hour around the 3.56-mile road course. He drove the first half of a caution-filled race, kept the car in the top 10 and turned it over to his teammate unscathed.

Gleason got a good start and battled David Baum's Porsche Cayman, Randy Pobst's Mazda MX-5 and Jim Jonsin's Porsche Cayman in the early going. The fastest lap of his stint was lap 16, when he was timed in 2:06.174 while embroiled in a fight with two Honda Civics driven by Donald Theetge and Kyle Gimple.

Gleason remained in the top 10 throughout his stint except when he pitted for service. On lap 19, 49 minutes into the race, Gleason moved into eighth position when he passed Theetge's Honda Civic Si. 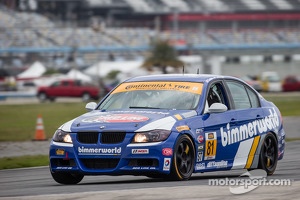 He was as high as fourth on lap 27 due to pit stops, but he pitted himself on the following lap for Fergus to take over with 1:14 gone and 1:16 remaining in the 2-hour-and-30-minute race. That pit stop came under a full-course caution flag and was flawless, so Fergus was able to begin his stint in tenth position.

By lap 40 Fergus was in seventh place. He set his fastest lap of the race on that lap with a 2:05.736. James Vance passed him on a restart with 44 laps down to push him back to eighth place, and he dropped to ninth seven laps later when Wayne Nonnamaker's Porsche Cayman got by. He regained eighth on lap 49, and he was still in that position when the checkered dropped with 54 laps complete.

"My first race with Bimmerworld was really encouraging," Gleason said. "We accomplished most of our goals and came out of the weekend with solid points and a clean car. Corey and I are working well together and the team has treated us like we have been around for years. I can't thank the entire team enough for all of their hard work over the weekend."

Six of the top-10 cars in the ST class were BMWs. There were five full-course cautions in the race for a total of 24 laps.

The race was broadcast on a same-day, tape-delayed basis on Fox Sports 2.