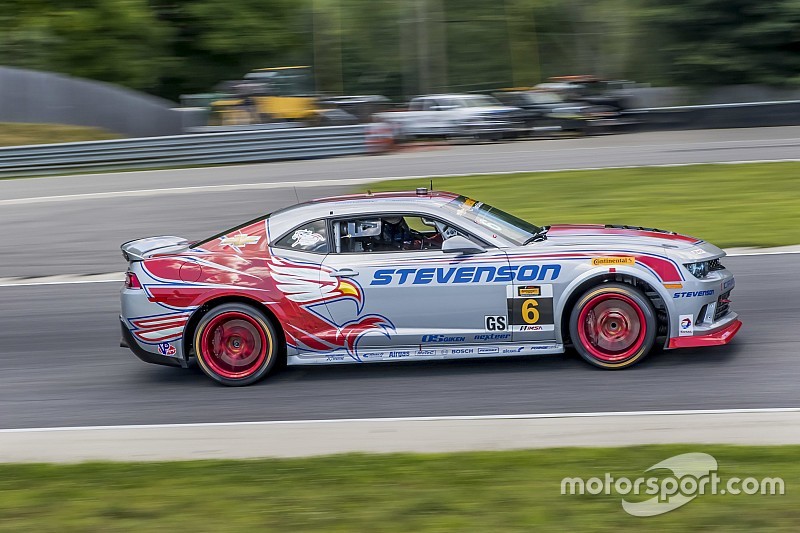 As a result, the grid for the two-hour, 30-minute race was set by Driver’s Championship points. With three victories this year, Davis and Liddell lead in the standings by 24 points with 35 points going to the race winners Saturday. The duo placed second in last year’s Road America round.

It gives us the best position in the house to begin with.

“You have to thank Mother Nature for today! She helped our Camaro Z/28.R up front for the start,” said Davis, who will start in the No. 6 Camaro Z/28.R on Saturday. “We’re suffering on straight-line speed here, and qualifying would have been different if it had been run in the dry. Starting up front is nice. It gives us the best position in the house to begin with. Hopefully that will be to our advantage into the race as opposed to being mired further back and having to fight through.

The Stevenson Motorsports crew has worked so hard and have really been tweaking on it to get it right and as good as it has been all year. Let’s hope that comes to us. It’ll be a tough race for us, for sure. We have to be patient and let it come to us rather than trying make something happen that may not be there at all.”

The three Camaro Z/28.Rs will attempt to bolster Chevrolet’s lead in the GS Manufacturer standings. Currently, the Bowtie Brand leads by 13 points with 140 points available over the final four events.

The Camaro Z/28.R won five times during its 2014 debut season. It is based on the road-going Chevrolet Camaro Z/28, and the two share considerable traits:

The Continental Tire SportsCar Challenge from Road America is set for 12:20 p.m. ET on Saturday, Aug. 8 with live coverage on IMSA.com. Television coverage on FOX Sports 1 is scheduled for 8 p.m. ET on Monday, Aug. 17.