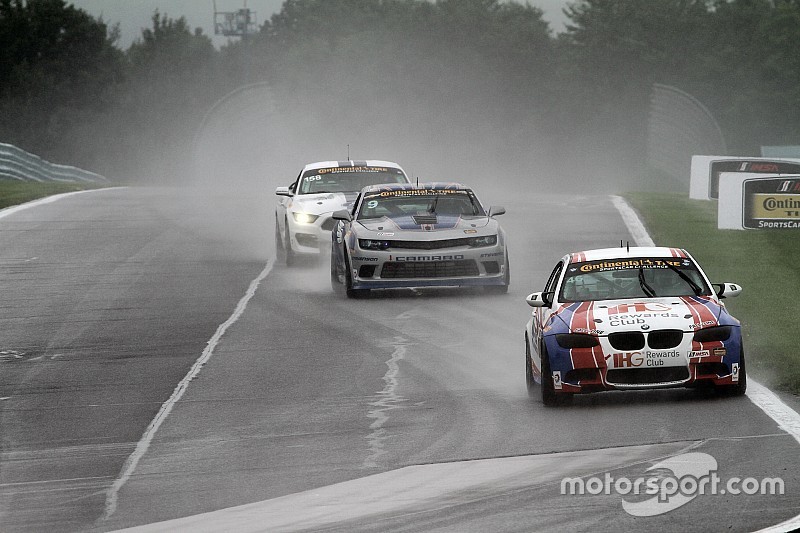 "Horrid" conditions make for a grueling race in season finale.

But apparently horrid conditions are nothing Hindman can’t handle, as he brought the No. 46 Fall-Line Motorsports BMW M3 home in first place in Grand Sport and overall, along with co-driver Ashley Freiberg. Though more than a half-dozen cars turned in faster laps that the winning car, Hindman and Frieberg definitely won the battle.

Winning the war, though, was the second-place finishers Robin Liddell and Andrew Davis, who clinched the Grand Sport title for Stevenson Motorsports and their No. 6 Chevrolet Camaro Z/28.R.

In Street Tuner, Kyle Gimple and Sean Holton were first across the finish line with the class win and a 13th place finish overall for the No. 75 Audi S3 of Compass 360 Racing, the first win for the S3, which the team began racing at Sebring.

The Street Tuner championship, though, went to the C.J. Wilson Racing team of Chad McCumbee and Stevan McAleer, driving the No. 5 ModSpace Mazda MX-5, after the No. 26 team Mazda, driving by Andrew Carbonell and Liam Dwyer, crashed with an hour and 15 minutes left in the two-hour, 30-minute race when Carbonell couldn’t get the car slowed for the right-hander leading to the front straight.
We’ll have more shortly.

Weather already a major factor this weekend at Road Atlanta