At the Festival of Speed, the I.D. R was entered into the timed Shootout and, during Saturday's qualifying run, Dumas set a weekend best time of 43.05s up the 1.16-mile route.

In the hotter temperatures of the Final on Sunday, he was slower with a 43.86s but still topped the leaderboards and beat the existing Goodwood electric record of 47.34s, set by Jonny Cocker in the Lola-Drayson B12 69/EV in 2013.

Dumas said: “It was a good race, it was not easy. The limit was very close and we just made this one as clean as possible, no risk. We have to come back next year to beat the overall record.”

On the morning of the Final, during an untimed run, Dumas made a mistake when he “found the limit” and sent the car sliding over the grass. But he managed to slow before hitting the hay bales lining the course.

He recalled: “I just lost the car, but it was a good slide actually. I said [to myself], ‘now, if I back off we’ll finish on our back or somewhere close to the trees!"

Francois-Xavier Demaison, VW Motorsport’s technical boss, reckoned the car has the potential to go faster in the future.

Due to the rapid turnaround from Pikes Peak, the team had not been able to sufficiently tune the I.D. R’s set-up for Goodwood.

He added: “This car has been designed for Pikes Peak, for a 20-kilometre race. We have too much energy for this race.

“This is not designed for this 1.8-kilometre distance, but I think we have some ideas to make it faster for the future.”

The outright Goodwood hillclimb record remains the 41.60s set by Nick Heidfeld in a McLaren-Mercedes MP4/13 Formula 1 car in 1999, a benchmark that VW's sister brand Porsche declined the chance to challenge with its upgraded 919 Hybrid Evo LMP1. 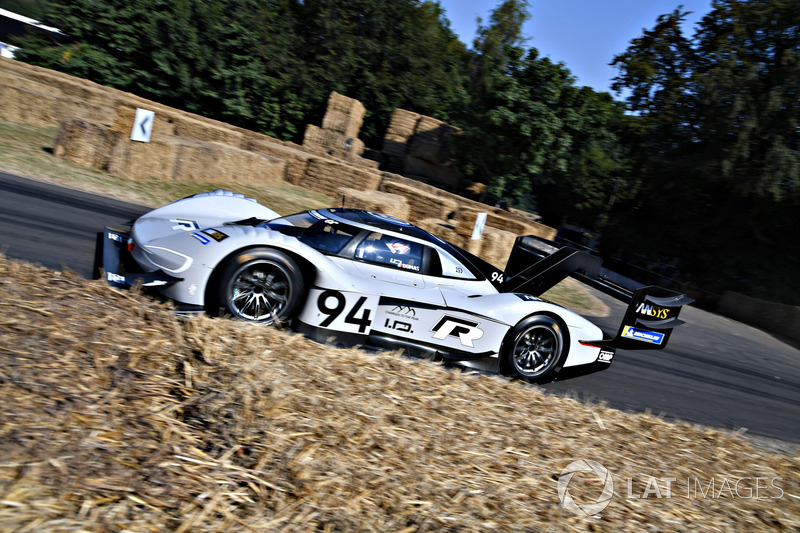