The return of Monster Tajima with an electrifying new challenge

August 7th, 2012, Colorado Springs, CO. U.S.A. - After only five weeks from full containment of one of the largest wildfires in the history of Colorado, Nobuhiro "Monster" Tajima is returning to his second home - Pikes Peak in Colorado Springs. Tajima's Monster Sport is bringing a newly-designed electric hill climb car called the 2012 E-Runner Pikes Peak Special. It was developed by Tajima's elite team of engineers specifically for the 90th running of Pikes Peak International Hill Climb. Tajima is teaming up with the Association for the Promotion of Electric Vehicles (APEV) and its chairman, Souichiro Fukutake. "Fukutake-san has always encouraged our project, even when it was only an idea in my head." 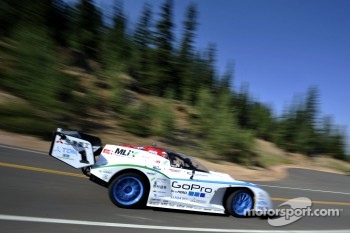 Nobuhiro Tajima is returning to his second home, Pikes Peak

Although Tajima admits he thought the race would be cancelled this year, he says he is ready. His new car looks nothing less than revolutionary. Its drive system is powered purely by electricity, and its sleek, slender shape looks purposeful. The cockpit looks like something out of a fighter jet. Tajima explains his decision to go with the new car. "I will be entering this year’s Pikes Peak International Hill Climb with my new electric race car. The reason I made this change is that I would like to help save our beautiful planet earth for our children."

The primary goal of APEV is to reduce CO2 emissions and other harmful greenhouse gases by promoting cleaner electric vehicles (EV) all over the world. Tajima's new car fits perfectly into APEV's mission, as the climb to the summit of the 14,110 foot (4,300m) mountain is arguably the most famous in the world. Cars and motorcycles race up the course at terrifying speeds, sometimes pointed straight at the sky with little margin for error. Tajima is here to make a point: "My intention here is to break my own record with this EV hill climb car and show the world that EVs can be radical and very, very fast."

Tajima also made a point to speak about the residents of Colorado Springs, the place he considers his second home. "I’d like to express my sympathy to all the people in Colorado Springs who were affected by the wildfires. Also, I’d like to express my sincere gratitude to all the fire fighters, emergency crews, volunteer workers, and military personnel who fought fearlessly and selflessly. I am moved by their courage. 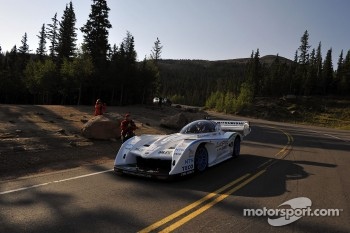 "To thank and to show my respect to the residents of Colorado Springs after what they have endured, I will place special 'Battle the Blaze Fund' stickers next to my 'Pray for Japan' stickers on my electric hillclimb monster. The 90th running of Pikes Peak International Hill Climb will be the sign of your strength and hope."

Tajima concludes, "I am very happy to be back here. Let's all enjoy the race!"

The official PPIHC race week begins with the technical inspection on August 7th at Pikes Peak International Raceway. Team APEV with Monster Sport have already successfully completed two days of testing near Colorado Springs, and they are ready to make an electrifying debut with their E-Runner Pikes Peak Special. Practice starts on August 8th, and race day follows on August 12th.

He is best known as "Monster" around the world of motorsports. The name originated from his superb, wild driving style in the All Japan Dirt Trial [Rallycross] Championship. He achieved nine series wins there, then continued his dominant form in international overseas rallies. Many of Tajima's rally wins come from the Asia Pacific Rally Championship, where he won a total of five times in the 2WD division. In New Zealand, he saw a new challenge in the "Race to the Sky" hill climb. His determination helped him win a total of eight times there. Fittingly enough, the motorsport world renamed the mountain, "Tajima's Mountain." 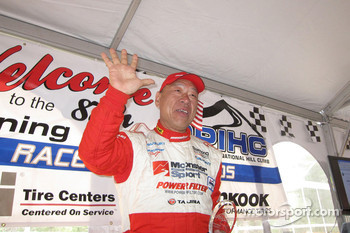 In 1988, Tajima's sights naturally fell on arguably the most famous hill climb in the world: Pikes Peak International Hill Climb. Again, his perseverance helped him achieve the overall win in 1995 - a first for a Japanese competitor. In 2007, he made history by breaking the overall course record. Tajima continued his streak by finally breaking the 10-minute barrier in 2011 on the mixed-surface event. This record will forever stand in the history books. Tajima is still determined to continue his run of consecutive overall wins (currently at six) with his new electric vehicle this year.

His company, Tajima Motor Corporation, has designed an electric vehicle from the ground up that will propel "Monster" up the mountain at speeds high enough to potentially break the overall course record. Tajima hopes that his vehicle will serve as a pioneer and catalyst in the "green energy" push around the motorsports world. 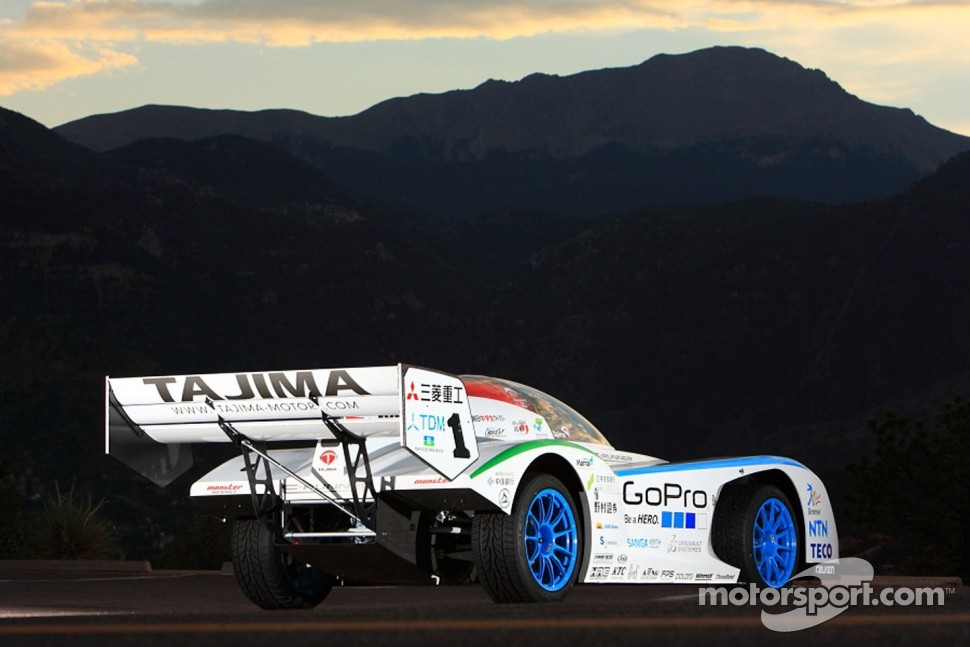 ABOUT TEAM APEV WITH MONSTER SPORT:

Led by Nobuhiro "Monster" Tajima, CEO of Tajima Motor Corporation, and managed by Paul Wilding of Monster Sport Australia, the team consists of a small but effective group of engineers and technicians from around the world with extensive World Rally Championship experience. Monster Sport [Japan], Monster Sport Australia, and Monster Sport Europe will be on hand to support Tajima's endeavor in conjunction with the Association for the Promotion of Electric Vehicles (APEV).