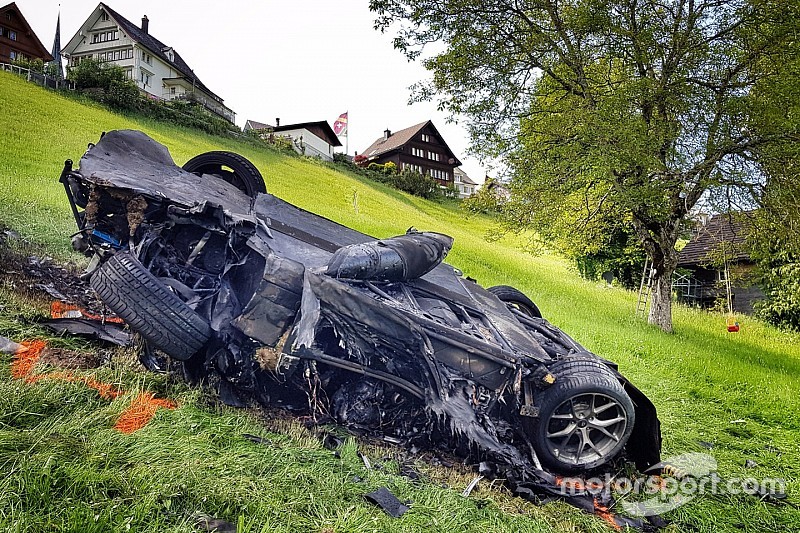 Organisers of the Swiss hillclimb in which TV presenter Richard Hammond suffered a huge crash have been fined just over $5000 by its national sporting authority.

While filming for Amazon’s The Grand Tour TV show, Hammond crashed the 1200hp Rimac Concept One electric hypercar at a left-hand bend after the finish line of the Hemberg Bergrennen course, somersaulting 300-metres off the road.

The former Top Gear star crawled from the wreckage with a fractured knee, before the $1million car burst into flames, sustaining even more damage.

Hammond was not an active participant in the event, which was the opening round of the Swiss Hillclimb Championship, but was filming during ‘show runs’ alongside fellow presenters Jeremy Clarkson (in a Lamborghini Aventador S) and James May (in a Honda NSX).

The Swiss sporting authority, Auto Sport Schweiz, today announced the punishment to the event’s organisers via its independent disciplinary committee.

It ruled that the show runs did not conform to the FIA’s International Sporting Code, and that the incident – which attracted worldwide attention – acted against the interests of the sport.

It is understood that the future of the event is now in jeopardy.