The Le Mans 24 Hours-winning Champion Racing team has unveiled the car with which it will end a 12-season absence from competition in next month's Pikes Peak hillclimb.

Florida-based Champion, which won Le Mans with Audi in 2005, has released the first photographs of the Porsche 911 GT2 RS Clubsport the team will field in the 'Race to the Clouds' in Colorado on June 27 for course record holder Romain Dumas.

The Porsche is pictured making its test debut earlier this month on the Pikes Peak International Hillclimb course with two-time Le Mans winner Dumas, who set his record on the 12.42-mile course in Volkswagen's all-electric I.D. R prototype in 2018, at the wheel of the car.

Champion's contender incorporates revised aerodynamics, including a large rear wing and front splitter, which are allowed to entrants in the Time Attack 1 class for production-based machinery in which the Porsche will compete.

The livery is described as an update of the colour scheme in which Champion's sportscars competed for more than 10 years from the mid-1990s.

Artist Dave Schnorr has been commissioned to "bring the Champion livery back to life in a more modernised version with sharper lines", according to a statement from the team.

Schnorr came up with the trademark reflective livery together with the team's founder, the late Dave Maraj, ahead of the 1995 Daytona 24 Hours in which Champion fielded a Porsche 911 GT2 in the GTS-1 class for a roster of drivers including sportscar legend Hans Stuck.

Subsequent Champion entries, including the Audi R8 LMP1 that triumphed at Le Mans in 2005 with Tom Kristensen, JJ Lehto and Marco Werner, raced in these colours until the team became Audi's factory representative in the American Le Mans Series for 2006 with the R10 TDI turbodiesel.

The latest Champion entry, like its predecessors, will compete on Michelin tyres at Pikes Peak.

The Pikes Peak entry is the first involvement by Champion, whose core business is a Porsche dealership, since Audi pulled out of the ALMS at the end 2008 and also the first without Maraj, who died in 2018, at the helm.

His sons, Mitra and Naveen, subsequently took over the Champion businesses. Mitra, who is president of the dealership, is heading up the Pikes Peak programme.

Among Champion's competitors in the Time Attack 1 class will be a factory-backed Bentley Continental GT3 running on renewable biofuel and driven by Rhys Millen, son of former Pikes Peak record holder Rod. 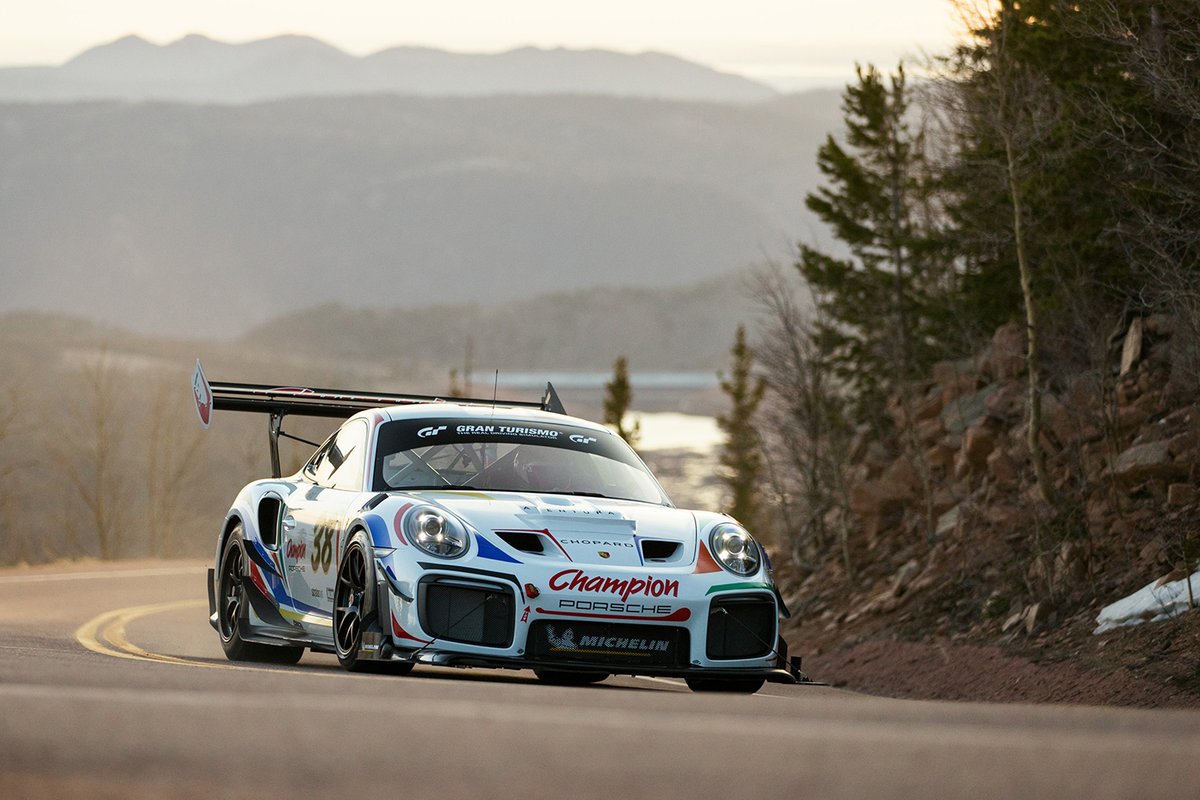