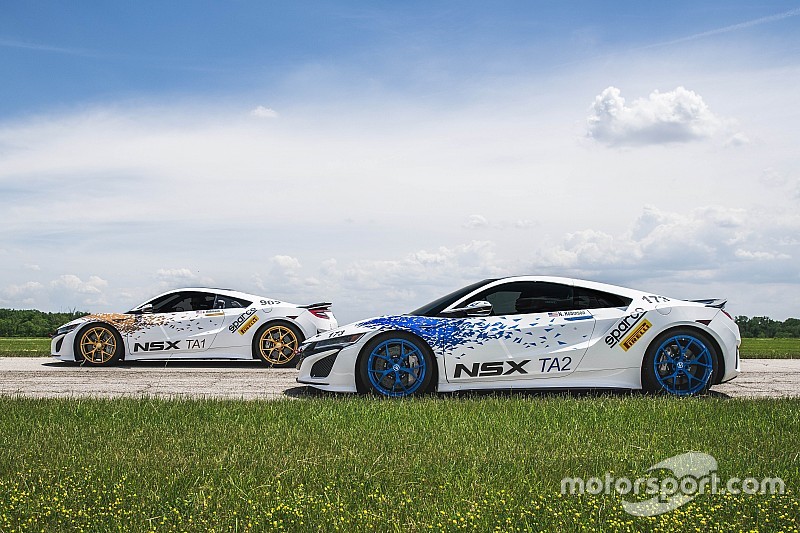 Their entry into the famed hill climb will mark the North American racing debut for the machine. The NSX supercars will be piloted by brothers James and Nick Robinson.

The one competing in the Time Attack 2 class has a production body and stock chassis with the only modifications being for safety purposes. A modified NSX will run in Time Attack 1, which includes customizations such as chassis lightening and a high-flow racing exhaust.

Acura is also bringing an NSX-inspired prototype to the Electric Modified Class, which will utilize the same experimental powertrain that won last year's Exhibition class. This model will have four individual electric motors and be piloted by Tetsuya Yamano.

This new model will feature three times the power from its four individual electric motors, all of which is bolted to an NSX body. Yipes. At the helm is Tetsuya Yamano, who drove the CR-Z prototype to its class victory last year. The hill climb kicks off on June 26.

A release from Acura describes the prototype as having an Electric SH-AWD powertrain, which evolved from CR-Z powertrain and produces three times the total system output of last year's car with four individual electric motors.

"Pikes Peak is like no other race in the world and offers a unique opportunity to showcase the power and performance of our products," said Jon Ikeda, vice president and general manager of the Acura Division. “We are excited for this year’s ‘Race to the Clouds’ to test the endurance and engineering of the Acura NSX and our advanced powertrain technologies – as well as an expression of our racing spirit.”