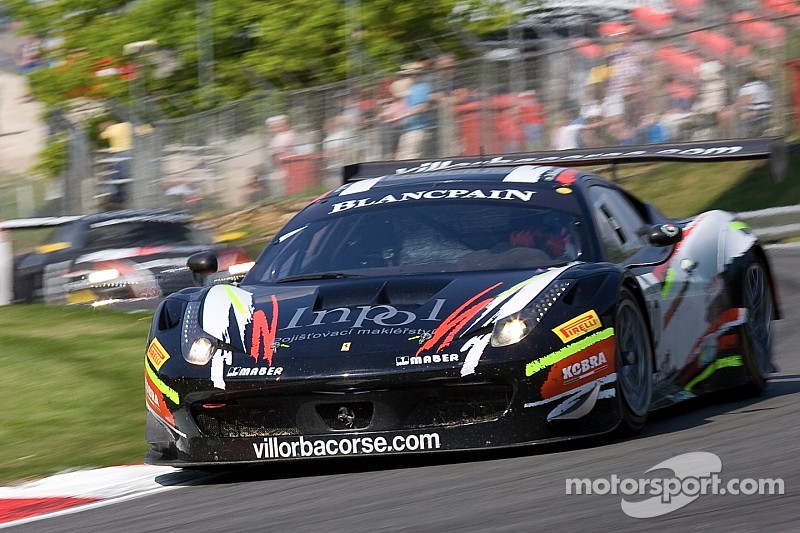 Treviso (Italy) – Scuderia Villorba Corse is ready to end the summer break getting back in the Blancpain Sprint Series at the Slovakia Ring, where the Italian team led by Raimondo Amadio is making its debut. Located 40km east of Bratislava, the Slovak Republic’s capital city, from August 22 to 24 this modern and demanding racetrack will host the fourth round of the championship.

To rejoin Czech Filip Salaquarda on the Villorba Ferrari 458 GT3, the only supercar from Maranello in the series, is Andrea Montermini, who could not take part in the previous round at Zandvoort because of a concomitant event.

“After a very short summer break this season, this will be our first time in Slovakia - says Amadio, Team Principal -; it will be important to confirm what we have shown in Holland, where we had a very good pace and we improved our competitiveness in a very demanding championship such as the BSS.”

“We have to make the most of the practice sessions to collect as much data as possible to the team - says Montermini -; luck has not been on our side during last round of the championship so we will try to fight back aiming to race among the major contenders.”

The Slovakian weekend will kick off on Friday, August 22 with two free practice sessions. On Saturday qualifying practice is scheduled at 10:00 while qualifying race will take place at 14:45. Main race will start at 12:40 on Sunday.