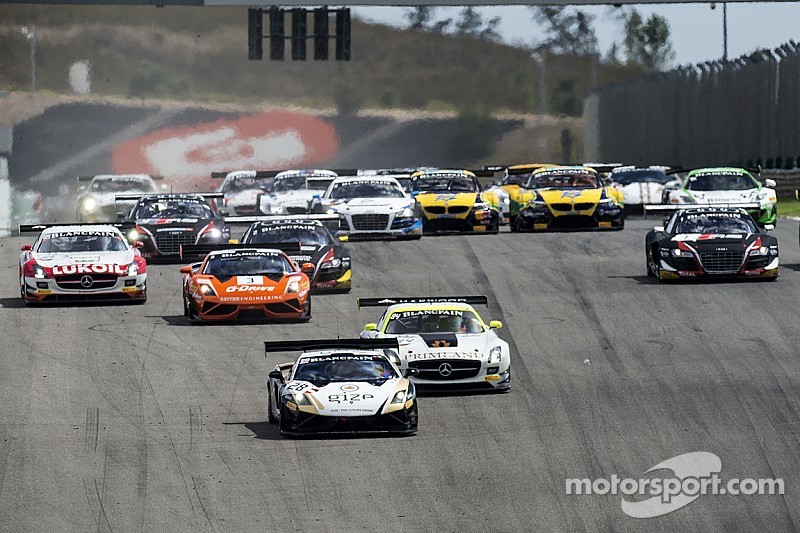 At the Baku World Challenge the overall title in the 2014 Blancpain Sprint Series will be awarded, as well as the one in the Silver Cup.

We spoke to the title contenders before they left for the Azeri capital...

Maximilian Götz (#84 HTP Motorsport Mercedes): “I will handle the upcoming Baku weekend like any other race weekend. We will try to find a great set-up during the practice sessions, while getting familiar with the – at least for me – unknown track. During the race we might not risk 100 percent, but will certainly give 100 percent. Winning the title would be awesome. We certainly want to win the race to have a nice end of the season, especially since we still have the chance to become teams’ champion and for Maxi Buhk to take the overall Blancpain GT Series title.”

Jeroen Bleekemolen (#28 Grasser Racing Lamborghini): “We are not going to give up on the title, but if Maxi and HTP win it, they will deserve it. We made a couple of mistakes during the season, missed some points, and they were always there. In Baku we will try to win the race – there is a really nice cheque to pick up – and then see where the other guys are. But I am sure they will try and do the same.”

Vincent Abril (#4 Belgian Audi Club WRT Audi): “We are almost there. We only need a couple of points to clinch the title, so if we can take those during the Qualifying Race, we can race freely and without any pressure in the Main Race on Sunday afternoon. I think we can win in Baku as well.”

David Fumanelli (#34 ROAL Motorsport BMW): “I can't wait for the Baku Grand Finale, it’s going to be a huge challenge for everyone and I'm really curious to discover the track. I've already raced in a street circuit in the past, with great results, so I hope we can have a good weekend and finish the season on a high. Unfortunately, the contact we had at the Main Race start in Zolder compromised a bit our Silver Cup title chances, but even if it's difficult, the fight is still open! We need a bit of luck, but we'll try harder than ever to be right there if something happens.”

Some interesting facts on the Baku World Challenge entry list

• The average age of the 59 drivers is 27,9 years, which is even lower than the previous lowest average, noted at the Slovakia round of the 2014 Blancpain Sprint Series.

• Kelvin van der Linde (#777 Prosperia Abt Racing Audi) will become the youngest driver ever in the Blancpain Sprint Series, at 18 years, 4 months and 12 days. Alessandro Latif, (#5 Phoenic Racing Audi) who secured the Pro-Am title in Zolder was the youngest until now.