Sprint Cup round at Zolder: home race for the Team WRT and quite a few of its drivers 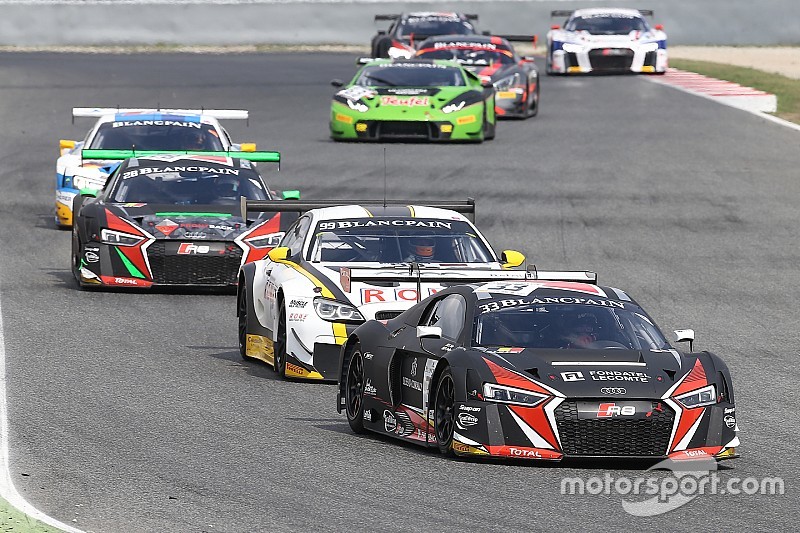 Comforted by the double podium finish at the last Sprint Cup race at Brands Hatch, the squad, will definitely want to fight for the first success of the season!

The time of home race has come for the Belgian Audi Club Team WRT. The Sprint Cup of the Blancpain GT Series is stopping at Zolder next weekend. A track of the old school, and quite a technical one, where overtaking is a challenge, the circuit in Limburg is hosting again a top GT event after a year of absence from the Blancpain calendar. The Belgian Audi Club Team WRT is clearly eager to do well in front of his many fans, and even more so are some of its drivers that are true local heroes, such as Dries Vanthoor and Enzo Ide, but also Robin Frijns and Pieter Schothorst to almost the same degree. Comforted by the double podium finish at the last Sprint Cup race at Brands Hatch, the squad, which enters its standard five-car line-up, will definitely want to fight for the first success of the season!

Team Principal Vincent Vosse: “We are delighted to go to Zolder, our home race in the Sprint Cup, and clearly eager to do well. The previous Sprint Cup round, at Brands Hatch, has been our best weekend so far in the season, we are therefore confident to have the right pace on a relatively similar track as Zolder, that we know well. Things seem to be a little bit more frustrating in longer races this year, although we could reach a podium finish last weekend at the Nürburgring 24 Hours in a thrilling finale, so doing well at Zolder would certainly be nice!”

With no doubt, Enzo Ide will be particularly proud to sport in front of his friends the #1 on the car that he shares with Christopher Mies. “It’s nice to have again a race at Zolder, after two years”, says Enzo, “and I am sure that after conquering the title last year, there will be even more friends, family, fans and business partners coming to see me. I don’t see this as a distracting factor, on the contrary, I think it will boost me a lot. I’d really like to have a good result this time, to be on the podium and celebrate afterwards! But, first, we have to get there! We certainly did not have an easy start of the season, so we need to avoid trouble, contacts and bad luck. We certainly have the package to do well, especially at Zolder, which is a track we know well and where the Audis always proved competitive, but success or failure will depend on being able to tick all the necessary boxes, including the weather, which is expected to be changing on Saturday…”

The real home boy at Zolder, though, is Dries Vanthoor, who shares car #5 with Marcel Fässler. “It’s great to race at home… and sleep in my bed every night”, confirms the young Limburger, who lives literally beyond the fence of the track and is exactly in the very peculiar situation that his brother Laurens encountered some years ago: “As incredible as it may seem, I know the track inside out and have done thousands of laps on it, but I actually never raced a real race at Zolder! I am really excited ahead of this round and I am sure a lot of people will come and cheer, there will be quite some attention focusing on us, so it would be nice to reward everybody with a good result. We know that the track, which has a lot of slow- and medium-speed sections, is quite favorable to the Audis and I think we should be ok this time with respect to the competition. Clearly, Zolder is a narrow track, where running two cars abreast is difficult. It doesn’t make overtaking very easy, but you still have 3-4 places where you can do it, especially at the two chicanes. It makes qualifying even more important, it is really essential to be in the top five.”

As Flanders and the Netherlands have much in common, starting from the language, and are separated by an almost invisible border, Zolder will also be a special race for the two Dutchmen of the team, especially Robin Frijns, who shares car #3 with Stuart Leonard. “Living in Maastricht, Zolder is only a 30-minute drive from home, but in truth, Spa is even closer”, clarifies Robin, “Still, it is true that I know Zolder and the region very well, and I go there quite often, visiting family and friends, such as the Vanthoors. Zolder is an old school track, the wall is never far away, it adds something to the excitement, but you need to be very careful to avoid mistakes. As overtaking is not easy, qualifying well is crucial, and so will be doing timely and fast pit stops, an exercise where you can gain positions and that WRT masters well.”

Pieter Schothorst, who co-drives car #3 with Jake Dennis, has no different views on the event ahead: “It’s definitely the closest race to home”, says the Amsterdam driver, “and a lot of friends, family and sponsors will be there, so it is going to be a very special event for me too. I really look forward to it. I like Zolder, with its hard braking sections and sharp corners, it requires a lot of technique and I like this kind of tracks. On top, they suit well the Audi, and we have tested here, so I think we can be competitive and aim at a good result. The start of the season hasn’t been up to the expectations of the team, but we have proved that we can have a competitive pace. The objective here will be to be in the top five.”

A goal that is also shared by the duo of car #2, Will Stevens-Markus Winkelhock, the only one not having a personal connection with the Low Lands, something that certainly doesn’t entail a lesser degree of motivation!

The Zolder event goes back to a 3-day format, with free practice on Friday and Qualifying on Saturday morning. The Qualifying Race is scheduled on Saturday at 15:00 hrs and the Main Race on Sunday at 15:30.

Provisional Drivers’ standings after Round 2 of 5:

Provisional Teams’ standings after Round 2 of 5:

Engelhart and Bortolotti win for Lamborghini at Brands