Sébastien Loeb Racing: A podium finish in Baku to end the season 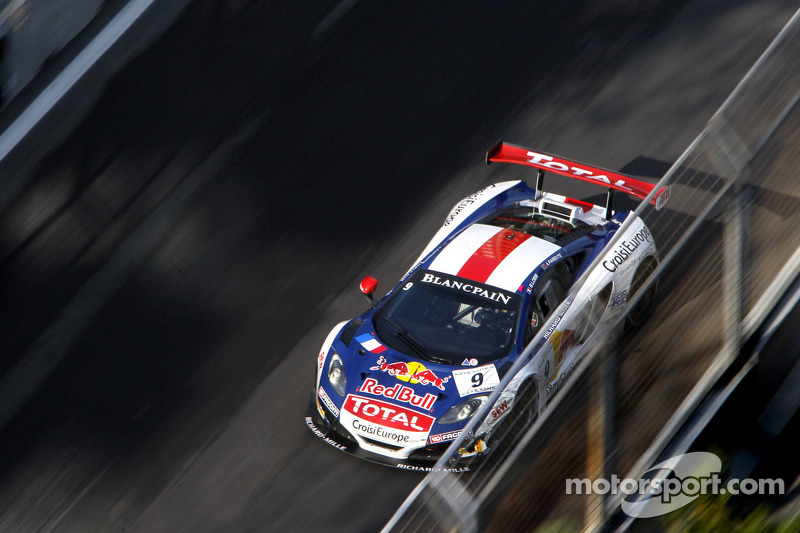 Despite adversity and a unique city circuit, the Alsacian team showed once again its tenacity.

Echoing the season as a whole, the last FIA GT Series meeting of 2013 did everything it could to bring Sébastien Loeb Racing to its knees. Despite adversity and a unique city circuit, the Alsacian team showed once again its tenacity and its unwavering quest for good results.

In addition to a podium finish to end a season marked by several victories and remarkable performances, both for Sébastien Loeb and Alvaro Parente as well as Mike Parisy and Andi Zuber, the Baku meeting highlights all of the work done by the technical team who won the Pit Stop Challenge.

Sébastien Loeb, McLaren MP4-12C #9 : « It’s good to finish with another podium result, even if it doesn’t have quite the same taste when it comes after a stewards’ decision. Alvaro had clearly passed into second place before the contact. In the end, we were returned our second place finish after starting from the 14th position ! I was able to sneak by at the start of the second race and we made a huge comeback. In the first race, I was pushed and afterwards the car was difficult to drive. I was able to hold off attempts to pass me but not more than that. The team made a small mistake on the grid, which cost us a penalty, which we will learn from. That said, the guys did a great job in the pits. They worked really hard and it’s a just reward that they won the Pit Stop Challenge.

« More generally, I came to the FIA GT Series to discover racing in groups on circuits before going to WTCC. At the start of the season I was left yearning for more, but in the second half of the season I’ve learned a lot. Like here at Baku where the experience was good for me, with a lot of battling for position in a group setting. That’s what I came for and it will serve me well in 2014.

« Globally, I think the team did a good job this year. We were sometimes unlucky, and there were a few errors as well. We’ve seen points where we can improve upon, correct and refine. In terms of outright performance, we were there, the driving squads and the McLaren MP4-12C. The final outcome is rather positive. We can’t forget that this was our first year racing at this level, with this car. We learned a lot and we will debrief well in order to come back even stronger next year. »

Alvaro Parente, McLaren MP4-12C #9 : « We were given back our podium finish by the stewards. I don’t know who made the contact, but I know that I had passed into second place and was braking heading into the chicane. We were fighting for the win. Perhaps if I had not committed a small error when coming out of the pits with cold tyres, we could have done a bit better…It’s a rather frustrating season that’s coming to a close, with tyre punctures, contact with other competitors…but we were fight for first place right from the start of the season. It was a good experience, a good result and in the end, a good season with a good team.»

Andreas Zuber, McLaren MP4-12C #10 : « Sad weekend ! We had a good qualifying session and our top five position left us hoping for a podium or better. We had a lot of hope. Unfortunately, just before the qualifying race, we suffered a mechanical failure, which kept us from racing. By not taking part in that race, we logically had to start the championship race from the last row. »

Enzo Ide ends off the season with a nasty feeling