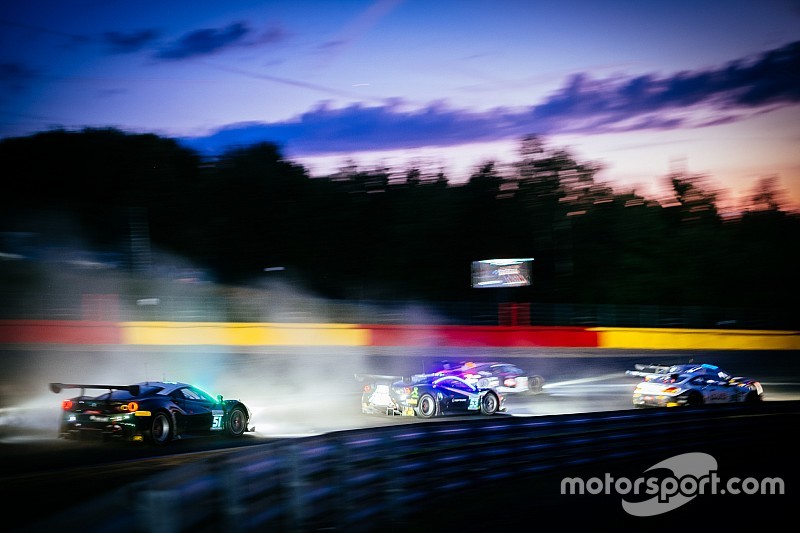 There could be as many as five or six new GT2 supercars ready to race by the second half of next year, according to class instigator Stephane Ratel.

Ratel, who announced plans for the new class that is aimed at amateur drivers last week, revealed that there was already significant interest from manufacturers.

"If we're starting with three [manufacturers] it would really be a success, but I think we could have five or six," Ratel told Motorsport.com.

"We went around the manufacturers and showed our ideas, and we had quite an expression of interest from a number of them.

"Three manufacturers is definitely realistic, but there could be more."

Ratel would not be drawn on which marques had shown interest in GT2, saying it was up to them to announce their plans.

The aim is to hold a pilot race for the new class late next summer or in the autumn ahead of a full introduction of GT2 in 2020.

"We would like to have a launch event next year before the Spa 24 Hours or maybe we could incorporate them in one of our GT Sports Club races later in the season," said Ratel.

"Maybe the manufacturers will not have their cars in production, but they will have some test cars available."

The GT2 division, which revives a much-used name most recently used by the World Endurance Championship class now known as GTE, has been conceived as a complement to GT3.

GT2 and GT3 machinery will race together in Stephane Ratel Organisation's sprint championships, including the short-format Blancpain GT Series, the British GT Championship and the Pirelli World Challenge.

Ratel believes that the class will encourage amateur drivers who have been frightened away by the increasing sophistication of GT3 machinery.

GT2s will achieve their performance through straightline speed courtesy of higher power levels — up to 700bhp, as opposed to about 560bhp for GT3s — rather than their cornering abilities.

"The pros will definitely be quicker in GT3 than in GT2s, which are going to be heavier cars with less downforce," he explained.

"The amateurs will be given the possibility to run in GT3 if they want, but I think most of them will be running in GT2.

"The performance projection we have made should make good racing together."

The unveiling of plans for the GT2 class was one of several announcements Ratel made at his traditional press conference ahead of the Spa 24 Hours last weekend.

He also revealed a new World Challenge classification for GT3 manufacturers' customer entries across the BGTS, PWC and BGTS Asia.

Full details of the World Challenge will be announced at the BGTS Endurance Cup finale at Barcelona in September.

The new award borrows its name from the PWC, in which SRO became the majority shareholder in May.

The addition of a fifth Intercontinental GT Challenge round at the South African Kyalami circuit for 2019 was also announced.