Nissan's racing season gets into gear with new series at Nogaro 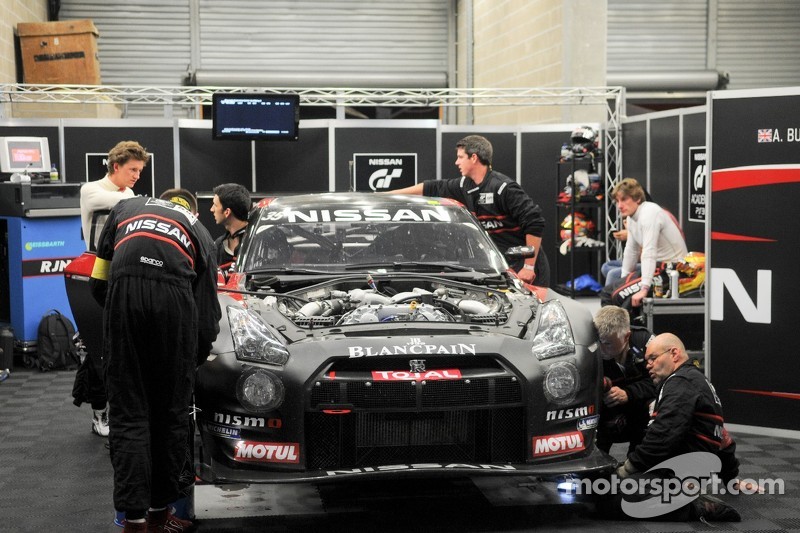 All-gamer entry motivated to punch above weight at Nogaro.

The new-for-2013 FIA GT Series gets underway this weekend at Nogaro in France and the Nissan GT Academy Team RJN squad is ready to take its pair of Nissan GT-R Nismo GT3 race cars to the limit as they go head to head with the likes of the McLaren MP4-12C, the Mercedes SLS AMG, the Audi R8 LMS Ultra, the BMW Z4, the Ford GT and the Ferrari 458. 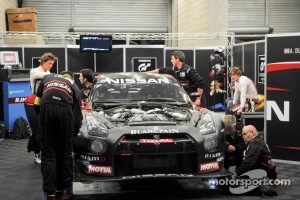 Nissan is taking a calculated gamble in 2013 by running an ‘All-Gamer’ entry in the Pro-Am category, which sees the 2012 winners of the European and Russian GT Academy competitions, Wolfgang Reip and Mark Shulzhitskiy, go into battle in the No.32 Nissan GT-R against much more experienced drivers.

Their toughest competition could come from the other side of the garage as the No.35 YouTube branded GT-R will be raced by the original gamer-to-racer Lucas Ordonez and his very swift team-mate Alex Buncombe. Lucas and Alex will also race in the Pro-Am category.

Nissan’s Director of Global Motorsport, Darren Cox, commented: “We know that year after year GT Academy produces top quality racing drivers who go on to have successful seasons alongside their professional mentors.

This time we decided to throw Mark and Wolfie in at the deep end and pair them together in one GT-R, putting them up against Lucas and Alex. I am absolutely confident that all four drivers will deliver in the Nissan GT-R Nismo GT3s.”

The FIA GT race weekend consists of two one-hour sprint races: the qualifying race and then the main race at the end of the weekend. Before they can race though the drivers have to qualify.

The 10 fastest cars are then entered into the Superpole, during which each nominated top 10 driver takes his turn to do two clear timed laps of the track to grab the highest places on the grid for the qualifying race. There is no room for excuses about traffic in FIA GT Superpole.

Both the qualifying and main races include a mandatory pit stop where a driver and tyre change must take place between the 25th and 35th minutes of the race.

The Nogaro qualifying race takes place on Easter Sunday at 14:15 CET with the main race getting underway on Easter Monday at 14:15 CET. Both races will be streamed live at www.fiagtseries.com and don’t forget you can get right to the heart of the action with Nismo.tv.

The countdown for Nogaro has started on Sébastien Loeb Racing