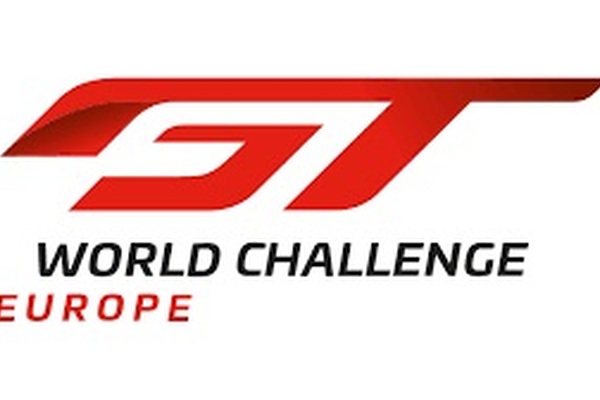 Ellis Helps With Solid Development For Apex At Silverstone Silverstone, Northamptonshire - Sunday 3 May, 2009; Former Avon Tyres British GT Champion Bradley Ellis helped to deliver an encouraging start to the season for Apex Motorsport in the ...

Ellis Helps With Solid Development For Apex At Silverstone

Silverstone, Northamptonshire - Sunday 3 May, 2009; Former Avon Tyres British GT Champion Bradley Ellis helped to deliver an encouraging start to the season for Apex Motorsport in the opening rounds of the FIA GT3 European Championship. Despite battling on the wrong tyre compound throughout the weekend, the Croydon ace helped to show the car's potential with a promising qualifying session for round one and an encouraging run from 34th to 19th in round two.

The Apex Motorsport Jaguar XKR-S arrived fresh out of the box for the first rounds of the season, with very little testing completed. Ellis agreed the single race arrangement late on Thursday night and so practice on Friday was the 21 year-old's first chance to get to grips with the car on Silverstone's challenging Grand Prix circuit.

With the Jaguar's set-up based on last year's harder tyre compound, it soon became apparent in first practice that the new, softer, Michelin 'A' compound did not suit the 2009 car. As teams are unable to switch from the selected tyre compound under FIA regulations, Apex Motorsport will have to wait until the next rounds in Italy before it can explore an alternative. This left the drivers no choice but to cope with the XKR-S loosing traction and grip through the corners after just a few laps on a new set.

Despite the tyre degradation issue, Ellis showed promise in qualifying, running as high as fifth before settling for 11th on the grid for round one and the car's first FIA GT3 outing at the premier series' only UK rounds.

A solid start helped Ellis pick-off one place on the opening lap and move up to ninth by the end of lap two before his tyres started to go off on lap three, dropping him back to 10th. Battling around the problem, while trying to conserve the tyres for co-driver Chris Dymond, Ellis managed to stay in reach of the battle for seventh place. Embroiled in a multi-car train all jostling for position, Ellis slipped back to 12th before fighting back to ninth by lap 12 as the pit window opened.

Ellis ended an encouraging first run in the undeveloped car and pit from seventh place to change over with Dymond who experienced a challenging stint on the tyres to finish 20th.

The Apex team took a radical gamble to substantially reduce the tyre pressures for round two on Sunday morning. Ellis took the wheel following Dymond's solid 30-minute stint, rising from 34th to 29th. But on joining the fray, Ellis had to take avoiding action at Copse after a heavy incident threw debris on to the track in front of him, causing him to lose ground on the #15 Ferrari.

Retaking the Ferrari two laps later, Ellis failed to put a wheel wrong as he steadily progressed through the field. A last lap charge allowed the 2008 FIA GT3 Ford Manufacturers Cup winner to scythe past the Porsche of Richard Ashburn into Vale and take the chequered flag in 19th place -- an improvement of 15 places on the car's starting position.

"This has been a really positive development weekend for the car," said Ellis. "We knew early on that we couldn't do very much about the tyre compound and we had to treat these opening rounds as a test session. It's impressive that the Apex Jaguar completed two full race distances without a technical glitch virtually straight out of the box.

"We had a good race today. We took a big gamble on the tyre pressures and the cooler air temperature certainly helped, but to make up 15 places in this series is no easy task.

"The car still needs the correct tyre compound before real progress can be made, so that the car set-up doesn't have to be compromised to cope with the tyre degradation. Apex Motorsport can take a lot of positive development points away from this weekend as the Jaguar has shown some potential."