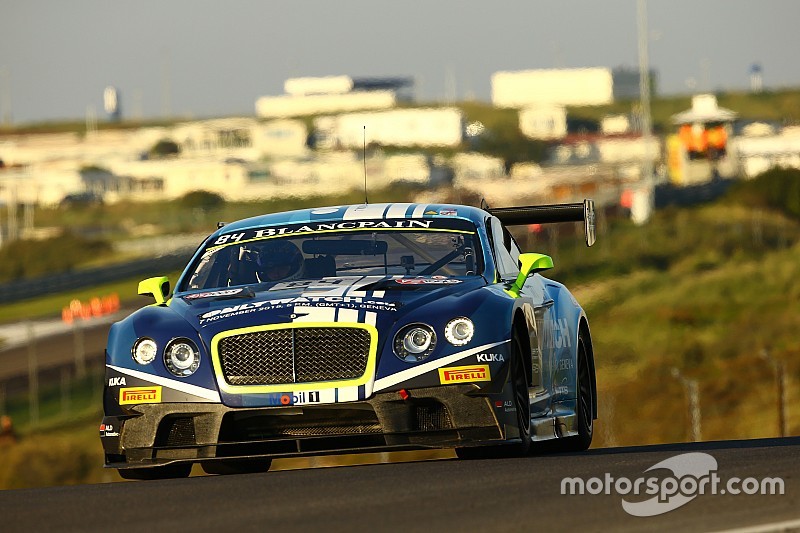 Abril is set to share the No.7 Bentley Continental GT3 in next seasons Blancpain Endurance Series with 2015 runners-up Kane and Smith. Abril replaces Andy Meyrick who has left the team.

Abril graduates from the customer team to join the Bentley Motorsport squad for 2016. The newly formed trio is set to race for the first time at the Sepang 12 Hours in December

The No.8 Bentley will see an unchanged line-up with Andy Soucek, Maxime Soulet and Maxi Buhk in the sister Continental GT3.

"Joining the Works team is a natural step for a driver of Vincent's talent," said Bentley boss Brian Gush.

"We were very impressed by his performance this year with Bentley Team HTP, and his championship win was the reward for a strong and consistent season.

"We have close relationships with our customer teams, and the flow of driving talent between us is one of our key principles for success.

"I'm confident that Vincent will be a great addition to our established pairing of Steven and Guy and I'm looking forward to seeing what they can achieve together.

"I'd like to thank Andy Meyrick for his service to the team over the last two years," continued Gush. "He has been a dedicated racer in car #7 and helped us develop the Continental GT3 to the championship-winning machine it is today.

"We will be maintaining a relationship with Andy and I'm hopeful that we'll see him behind the wheel of a Bentley on track again soon."